Yggdrasil Gaming is well known for its extremely creative and innovative video slots and may not be the first name that comes to mind when sports-themed games are mentioned. The company seems to intend to change that with their exclusive global partnership with Nitro Circus. The alliance was made so that Yggdrasil would create its first ever branded slot, one which will be packed with action and motorsports motifs.

Nitro Circus is, arguably, the world’s biggest action sports entertainment brand. It is led by the stunt daredevil Travis Pastrana who is also the co-founder of the brand and a legendary action sports athlete. The ‘circus’ on the name does not announce any clowns or elephants; it’s all about riding dirtbikes, base jumping and performing stunts purely for entertainment and in a safe environment by professional. With Pastrana as the Ringleader of the Nitro Circus Crew, the show performs live all around the world. The new Nitro Circus ‘You Got This’ tour is coming to Europe later this year and the launch of the slot will be scheduled just in time to coincide with the tour’s beginning in second half of November. 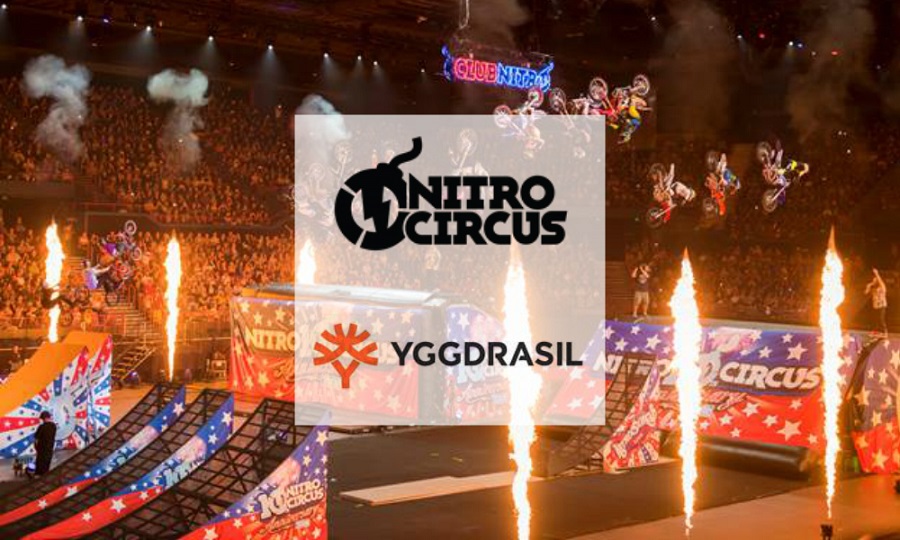 Expectations are grand, since the partnership brings together two young and innovative brands, successful in their industry branches. Miracles should happen. Yggdrasil Gaming CEO Fredrik Elmqvist remarked that the company couldn’t have found a better partner than Nitro Circus to launch their branded slots production line. In hopes for the game to ‘introduce Nitro Circus fans to the thrills of online casino’ and, in reverse, ‘bring the high-octane action of the arena to casino players’ Elmqvist has no doubts the release would be no less than groundbreaking.

Nitro Circus president Andy Edwards expressed his satisfaction and said he was proud for partnering up with Yggdrasil. He revealed they were working closely with the Yggdrasil team and what we know so far is that the game will feature images of the amazing athletes of Nitro Circus and they will be creatively and cleverly integrated within the slot’s layout.

The Nitro Circus slot experience should hit Yggdrasil online casinos in the fall, which means there are only a few months of wait for the first branded game from the multi award-winning software provider.