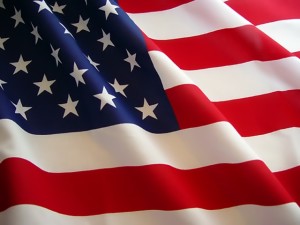 Having been finally dragged occasionally kicking and screaming into the online gaming environment several US States where online gambling is now legal are reporting both good and bad sets of figures in regards to the volume of players enjoying playing games such as poker and casino games online at legal and licensed gaming sites.

Delaware for example has reported that the number of players signing up to and placing wagers at online gaming sites is not as high as they would have hoped, however both New Jersey and Nevada are reporting some impressive figures in regards to citizens and residents of these two US States who are now regularly gambling online.

It is of course going to take quite a while until we get some meaningful facts and figures as with legalized online gaming in Nevada, New Jersey and Delaware still being in its infancy, it is the long term and constant take up of gambling online by players that will possibly make most sense!

They have in fact just launched a brand new Android App which now allows anyone over the age of 21 to be able to play their range of poker games on the go, and thanks to geo location tracking which only permits players within the New Jersey State boundaries to use this new Android App it has been given the green light be State regulators.

Having joined forces in regards to permitting players from their respective boundaries to gamble online both Nevada and Delaware are the founding members of the Multi State Internet Gaming Association , and as such have just made live their code of conduct and some regulatory requirements.

The MSIGA as it is known is looking to attract other US States to come on board and hopefully open up their borders to online gaming and as such those US States would benefit from an income stream through both taxes and licensing fees from online gaming income made from players in their respective States.

One aspect of legalizing online gambling in some jurisdictions is that some States may not have the knowhow or technical ability to be able to regulate and police this new industry. However by joining up to the MSIGA they would have access to a prewritten industry standard code of conduct and regulatory requirements.

The powers that be in the State of Florida are taking a look at their current gambling laws and ensuring that there is enough provision in them to ensure no wagering type business can be operated from within their State boundaries.

Whilst online gambling is still illegal or should we say not yet legal in Florida, State regulators and law makers are ensuring their current gambling laws cannot be circumvented by any loopholes in their current format.

Whilst there is no current major interest in allowing online gambling in the US State of Florida, with things being as they are we would not be too surprised if this urgent review of their current gaming laws has something to do with a long term aim to actually permit legalized online gambling in Florida! We shall of course wait and see.

One of the biggest and most successful land based gaming machine designers and manufacturers, that of course being IGT, have recently secured the rights to the patents of several video poker game variants which had been held by their long time trading partner Action Gaming.

IGT have also recently launched one of their all time most popular video slot games, that being their Transformers slot onto their Double Down Casino, this casino site is IGT’s own unique social media site where players are able to play a range of their most popular slots completely free of charge. 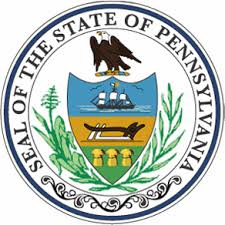 Finally we turn our attention to the State of Pennsylvania, now it is never a good thing for anyone and especially those in power to tell people how they can spend their money and on what they can or cannot spend it on, and this would possibly be worth Mario Scavello taking note of.

He is the State representative and has recently decided that it would be a good idea to introduce legislation that would make it a recognised criminal offense for anyone living in or residing in the State of Pennsylvania to play poker online for real money!

It does beggar belief that instead of making criminals out of anyone who has an interest in gambling online State regulators and law makers should instead see that there are people who wish to gamble online whether playing poker games or casinos games and put in laws and regulations that would allow them to do so in a safe and regulated way!

Whilst some residents in Pennsylvania may have their own personal reasons for finding gambling in any shape or form against their beliefs, you should never try and nanny people, for when you tell someone who wishes to do something that they can’t, those people will ways find a way around the rules!

However the thought of being carted off in a police car and thrown in jail simply for playing poker online in Pennsylvania when it is legal to do so in other US States may soon become a reality if Scavello gets his way!