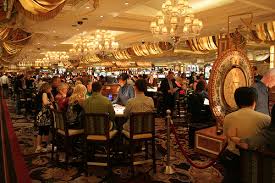 Expansion has been the name of the game in the American casino gambling market since the early 1990s. First riverboat and off-shore gaming opportunities opened up along the Mississippi River, then came tribal gaming laws for dozens of states, and eventually the legalization of commercial betting.

Along the way, most states too shy to open their borders to commercial or even tribal-operated casinos loosened their regulations a little, allowing for pari-mutuel wagering at off-track betting venues or live race courses, with some of those tracks allowed to offer casino-style electronic games or poker rooms.

After a recent push to regulate online gambling in some US states and reports of increased competition among newly-licensed gaming floors in Pennsylvania and New York, it should seem like everything’s coming up roses for the American betting industry.

Disappointing profits from expanded operations in the Northeast are an early indicator that increased access to legal gambling didn’t create enough new gaming customers to justify all the new construction and investments. In other words, a larger number of casinos and “racinos” are now fighting for a piece of a customer base that’s not much bigger than it was before the newer facilities were opened.

More than 50% of the adult population of the American Northeast now lives within 25 miles of a property offering poker, casino table games, or slot machines. That percentage has increased steadily over the past decade – in 2004 that number was just 10%. The market has become saturated thanks to changes to gaming legislation that were expected to be a boon for the industry.

Problems in American gambling are not limited to those areas with recent expanded access, either. Casinos in Atlantic City are having trouble staying in the black. Revel, the most-recent addition to AC’s famous boardwalk and casino strip, is already closing its doors, having been in operation for just under two years. Closures in Atlantic City, a traditional gambling hot-spot for three decades, are a bad sign for the gaming industry in the US and in North America as a whole. The worst news of all – the Revel closure is one of three major casino shut-downs in New Jersey this year alone.

Other traditionally-profitable gaming jurisdictions in the US are struggling as well. Casino and riverboat closures in Iowa, Mississippi, and Missouri are proof that losses in gaming revenue aren’t really limited to just the US Northeast.

Analysts are quick to point out that this isn’t the first big dip in American gambling income – but with a market saturated by new online gaming options, mobile slots and poker play, expanded lottery and scratch-off action at the state level, and newly-opened properties in states from coast to coast, it’s difficult to imagine how traditional brick and mortar properties will fight back this time.

Voters in the state of Massachusetts will face a ballot initiative in November to repeal that state’s 2011 legislation allowing for commercial casino play within state lines. The fact that an American state is already considering changing laws that came as part of nationwide reform just a few years ago should be proof enough that the US gambling industry bubble has burst.