Passionate slot players and those who’ve been around online casinos for a long time are, by now, capable of spotting a winner with no more than a single glance, even before its official release. Traditionally, this is the busiest time of the season and software providers all over the world are competing for a title of the most innovative and productive supplier, especially with EGR 2019 Awards ahead. As always, players will have the last word, and at the moment, the games listed below seem like perfect candidates for the best new slots for May 2019. 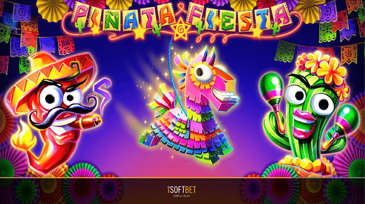 Pinata Fiesta is a medium volatility slot played on 5×3 reel grid across 20 fixed paylines, and with €0.20 – €20 betting range. Known for vibrating colours and sharp visuals, iSoftBet has not abandoned their recognizable style and Pinata Fiesta is exactly what one might expect from a video slot released by this developer – loud, bubbly, and packed with bonus features.

Apart from the Free Spins awarded when the combination of three Scatter symbols land on the reels, the players will get to smash the Pinata on any random base game spin, unlocking one of the following features:

The special features can also be activated during the bonus rounds, and once the free spins session is completed, the players can win more spins by picking one of the three Pinatas on the screen. 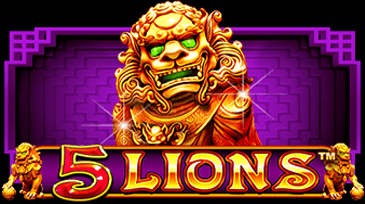 After a sparkling performance of 5 Lions launched in 2018, Pragmatic Play is releasing a golden edition approximately one year later, featuring the same 5×3 and 243-payline structure.

While the outline of the game remains the same, the golden version is upgraded, featuring Golden Reels Jackpot and a much higher betting potential – €1,215 instead of €250 offered in 5 Lions.

Free Spins are triggered when a combination of 3 Yin and Yang symbols lands on the reels 2 – 4. Before the session begins, the players will have 7 options to choose from:

The multipliers will be applied to any winning combination that contains the wild icon and the Free Spins can be re-triggered if a new Scatter combination is formed on the reels.

Players will be able to hit one of the jackpots during both the base games and the free rounds. The value of the Golden Reel Jackpot is fixed, and, depending on the number of reels that turn gold, the following bet multipliers can be applied to one’s stake:

Jackpots can also be won during the Jackpot Bonus Game, where 3 matching symbols award the corresponding prize. 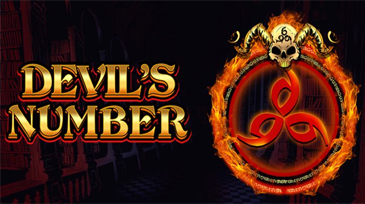 Inspired by the occult science, Devil’s Number is not for the faint of heart or those who would rather not see the infamous number across their gaming screens. The payout potential, on the other hand, will make you less apprehensive, as the game can multiply the player’s bet by x2,500 – with up to €40 max bet, the max win can buy you plenty of souls…

The unique theme of the game is its strongest feature, since not too many developers are keen to dabble with the dark forces. Red Tiger seems to be targeting the demographic that’s commonly overlooked for the sake of players who prefer more digestible themes. It remains to be seen if this trend will catch on – so far, horror and doom themes have been successfully exploited by the software developers, but Devil’s Number is among the more explicit editions.

To help you win, the developer introduced 3 bonus features:

The Upgrade and Remove features can be initiated during the bonus rounds as well.

Dragon Horn slot will be officially released on May 8, but the features seem quite promising, especially if you are into the whole “epic fantasy” rave. The timing could not have been better, since the first episode of the last Game of Thrones season is due any day now, which means that the theme is about to be revived once again.

At the moment, the developer is quite stingy with the details (which is understandable) but they did reveal a few things – the game has 243 paylines, high variance, and 5 progress levels with knights, orcs, and elves as the main symbols.