The winter snow is finally melting away! After a few cold months, and a bit of extra weight from all the holidays, it is finally time to get out and enjoy the sun. And while trees and flowers bloom outside, a fresh batch of games have come to accompany the spring time, luring you back indoors with the hopes of that one, big win that will change your life. With a wide variety of different theme, the new releases for March 2019 are looking quite diverse. Let us see what fun games await us.

Just in time for the actual festival happening, we have Betsoft’s latest release. Carnaval Forever is a video slot set around the fun and enjoyable Brazilian carnival, and is the country’s most famous holiday. The game has a gorgeous looking background image, while the reels show off the various dancers that perform during the carnival, and their extravagant costumes. The colourful reels host 20 fixed paylines, granting wins when three or more identical symbols are collected from left to right, going through one of the active paylines. Carnaval Forever has yet to release, but once it launches, we will update this section with special features and gameplay details.

If you are feeling a bit more nostalgic, and want a title that will let you go back to the glory days of fruit machines, Habanero has you covered. Hot Hot Fruit is played on a 5×3 playing field, with double (or triple) symbols, and a free spins bonus with sticky icons. But unlike old physical machines, this slot looks gorgeous, with smooth reel-spin animations and top notch, if simplistic graphics. On the reels, you will find watermelons, oranges, plums, bars and lucky sevens, all of which reward pays by collecting three or more of the same symbol, from left to right, following one of the fifteen paylines. The word Wild on a purple or red background are the Wild icon.

The largest win you can land is worth 1666.67x your total bet. At random times, symbols will transform and become icons, counting for two symbols while occupying a single reel. The lucky seven icon can become a triple version of itself, and that is something no other symbol can do. Three or more Wilds appearing from left to right or right to left grant six free spins, or twelve if you get three or more Wilds from left to right and right to left. Any icons with a winning combination will lock for the remaining free spins, and these locked symbols can become upgraded to be double or triple icons.

The Fortune Pig by iSoftBet

2019 marks the Year of the Pig on the Chinese calendar, and iSoftBet’s developers were hard at work to give fans of Oriental themed games something to look forward to. The Fortune Pig offers a 5×3 board, with free spins or cash re-spin special features available to gamblers. You can tell the artists spent a fair bit of time making it look cool, with striking visuals full of red and gold, and a variety of different animations to keep us engaged. Playing card royals, golden coins, trees, drums and golden lions fill the reels, and reward pays across the 25 fixed paylines. The golden dragon is a Scatter, red money bags are a Bonus icon, while a golden pig head is a Wild, and can substitute for all symbols except for Scatters and Bonus.

The ultimate jackpot is 801x your stake. When five or more money bags appear on the playing field, you get three re-spins. When a money bag lands, it grants the cash prize written on top of it, resets the number of re-spins to three, and stays locked in place. However, if the Fortune Pig appears during this bonus, they will gather all Money Bags, allowing you to collect more. Players can also win free spins by collecting Scatters on the first, third and fifth reel at the same time. During extra turns, up to five reels can sync up and reveal the same symbols.

The Grand by Quickspin 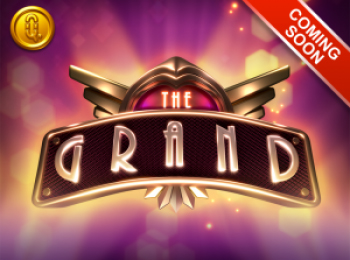 Make a return to the 1920’s with Quickspin’s latest release, the Grand. Its theme embraces the Art Deco art-style that was quite popular during those years, and while we have a cool, colorful background image, the symbols themselves are somewhat boring. While the artists did their best to make them look different, their success was a mixed bag. It has a unique reel set-up, as the title is played on a 3-3-4-4-5 board with 214 paylines.

There are five bonuses total, three of which are triggered during normal gameplay. Up to six reels can sync up, showing the same symbols to guarantee a winning combination. Random Wilds will create between four to eight Wilds. Nudge Reels will nudge between one to three different reels by one position up and down to enhance your win. These three random special features can be combined with enough luck. There is also a free spins bonus, triggered when three, four, five or six Scatters appear, and award six, nine, twelve or fifteen extra turns. Finally, find three Bonus symbols on the third, fourth and fifth reels, that will reward up to three free spins with one of the random bonuses active. 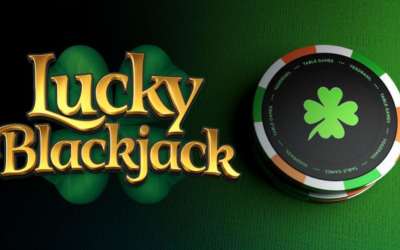 While Yggdrasil is mostly known for their slots, they occasionally branch out into other gambling activities. So now, we have an Irish themed blackjack game that allows up to three players to go at once against a cute blonde. The basics of blackjack are always the same – try to get to 21, or as close as possible, without going over that magical number. Get the dealer to go over or to match your card value, and you win. Make use of the Double function, that will only grant you one more card, and doubles your bet – but also doubles your win if you are successful.

If your first two cards are equal to 20, you win the Lucky Ladies bonus, that pays maximum 100x. There is also the Lucky Lucky special feature, that pays when the gamblers’ first two cards, plus the dealer’s UP card, form a total of 19, 20, or 21. If a specific suit of cards, or a combination of cards appears, the pay they award increase.