A varied portfolio of slot machines can be discovered when you play with Quickspin. This well known games developer has amassed a huge following, with their games being a fine example of what slot machines are capable of. However, there’s little information on when the brand first started, other than their main offices being located in Sweden. Not only has this developer created numerous games for us to play on our devices, but they’ve also launched casinos as well. But for the purpose of this guide, we’re going to take a brief look at the best pokies that Quickspin has to offer us. These games can be accessed via many top casinos, but you can also use our recommended sites to find squickly and easily.

Fairy Gate – This game has a mystical edge, thanks to is fantasy genre, in which woodland creatures and fairies come to life. As you take in the 2D graphics of this purple and blue hue interface, you’ll be able to trigger some special features, designed to make those 5 reels really pop with magic. There’s wild respins available, activated by the alluring wild icon, one of the most mysterious tiles of the grid, and there’s also the free spins. These are standard for most slots, but unlike other titles, Fairy Gates’ spins generate Fairy Orbs to magic up more wilds. All of this comes in a neatly packaged medium volatility game, with the medium variance balancing out the challenges we face, all for £0.20 per game. 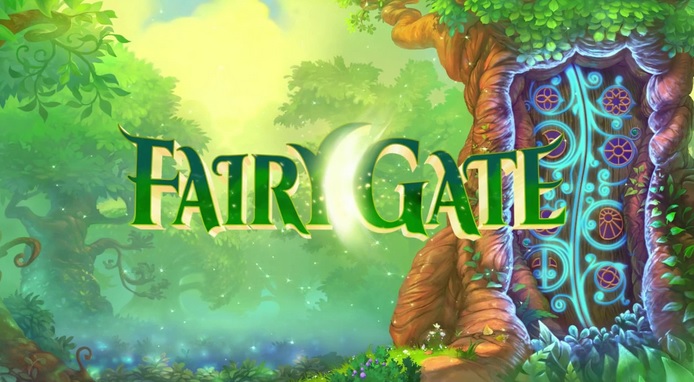 Sticky Bandits – The Wild West calls to us now, in the form of Sticky Bandits, a cowboy themed slot machine that lands you some massive wild symbols. Taking on the form of a less conventional interface, in the form of a 5×5 grid, you’ll be able to spin your way to regular payouts and special symbols. Grab the bonus tile and rope yourself in seven free games, giving you the chance to roll for free, taking in bags of gold as you go. Like other Quickspin games, the aesthetics are cheerful and bright, but remain 2D, though the images are always rounded with shading and depth. Across the 15 winlines of this title, you’ll be able to spin the reels from as little as £0.15, making this a bargain slot machine accessible to most players.

Wins of Fortune – Delve deep into some oriental fighting, with the Wins of Fortune, from Quickspin. This 259 ways to play slot machine has a lot of variance to gift to you, with bonus symbols and respins. What is more, all of the features come in the package of an unusually shaped grid, following the pattern of 3x3x4x4x5. The imagery upon the tiles and 5 reels are simple and blocky, with their design mimicking cartoons like Hercules. The important symbols are mixed in with lower value ones, making them easy to spot, allowing you to see clearly when you make a winning formation. You can roll with the punches today, for a small fee of £0.20, the standard pay-in for most top Quickspin titles.

Sakura Fortune – The theme of the orient continues to follow us into the 5 reels and 40 paylines of Sakura Fortune, a serene interface that is decorated with traditional Chinese imagery. All paying customers can spin the reels for the small fee of £0.20. When paying that price, you not only get the dramatic aesthetics of the grid, but you also have the chance of unlocking some exclusive game features, like the free spins. There are also extra large wild symbols, a feature that seems to be common throughout Quickspin games; obtain those for extra returns.

Leprechaun Hills – Are you feeling lucky? You’re about to when you play this Irish themed slot machine, bringing with it a wash of green hues and brown bears. Leprechaun Hills is a slot with a lot of character, its aesthetics comical like a Pixar film, and yet the imagery is kept simple, with the symbols enlarged with ease of play. There’s 40 winlines in all, though this number can be changed, and within that space you’ll be able to play for Rainbow Free Spins and Luck Respins. Stake a quick and easy £0.20 and you’ll be on your way to finding a pot of gold at the end of the rainbow, and plenty of other rainbows after that!

Phoenix Sun – Egypt has never looked so good, with Phoenix Sun bringing in as many as 7,776 ways to play, if you crack the ancient code of these 5 reels. The contemporary aesthetic adds a postmodern charm to the title, giving it a uniqueness that some Egyptian themed slot machines lack. The lowest wager you can stake here is £0.25, a little bit pricer than other Quickspin titles, but not by much. Once you drop some coins, you’ll be able to start collecting those bonus symbols, awarding you 8 free games to roll through. If you shouldn’t be able to unlock the maximum ways to play, you’ll only ever get the 243 ways to win, which is still a huge amount.

Dragon Shrine – It’s like we’ve stepped in time when we play Dragon Shine, which surprises us given the name. This grid of gemstones and jewels is a classic slot machine, but one that is packed with colour and vibrance. Pay a minimum bet of £0.20 and you can start trying out for the big payouts, as well as creating combinations of wilds and bonus tiles. Offering respins, free spins and a wild symbol as well, this is a medium to high variance pokie that doesn’t stop delivering. The grid itself is in the shape of a 3x4x4x4x3 pattern, with the design adding this this game’s individuality, and the 40 winlines topping off that individuality for good measure.

Treasure Island – There be gold on this here island, provided you play Treasure Island, of course. This pirate themed one armed bandit is one of the most popular from Quickspin, combining our love of pirates we our love of gold. Immerse yourself in the carnage of battles at sea, with the wild symbol bonus game, or perhaps you’d rather go for a treasure hunt to find Ben Gunn’s cave of treasure? Whatever way you play this game, you’re sure to get a lot of perks for paying the minimum £0.25 wager. These 5 reels have a lot of variety to offer you, so you best get sailing!