Just because there’s still a week left before the end of April, doesn’t mean that the iGaming industry stops itself from looking forwards to May. So far this year we’ve seen some fabulous new titles released, coming from multiple brands eager to demonstrate their advancement in this market. That being said, May could be argued as being the best month so far, if these upcoming slots are anything to go by; we’ve selected four of the top pokies for next month, coming from four separate developers.

Each of them has earned their spot on this list for varying reasons, therefore ensuring that a larger group of gamers is entertained instead of a select few. Some of the games will be released just prior to May, while others won’t land on your screens until around the middle of the month. No matter when they show up, we suggest that you try them out as soon as you can. 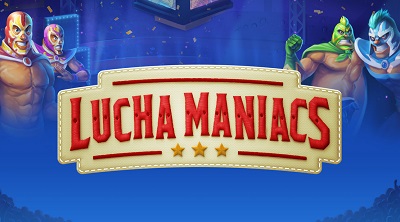 Fans of Mexican wrestling are going to get a treat when this game is released, apparently in the next couple of days. Created by Yggdrasil, this game has all their hallmarks of exceptional software and graphics, with the title itself using iSENSE 2.0+ software; for those that don’t speak tech, this means that the HTML is a smoother experience. A factor that clearly shines through from the 5 reels and 20 winlines of this pokies, not to mention the awesome power of the special features.

According to the stats already released about this title, there’s over 20 bonus features to trigger, including that of free games, multipliers, stacked reels and so forth. Due to the volume of features, there’s too much to cover, however we can detail to you two of the main bonuses: the Poster Bonus Game and the Golden Bet. The former of these two is a pick me style feature, with gamers needing to select a poster to remove in order to reveal a prize, whereas the latter is all about raising your bet. When your stake is larger, you’ll find that you experience extra specials inside the free spins rounds more frequently. 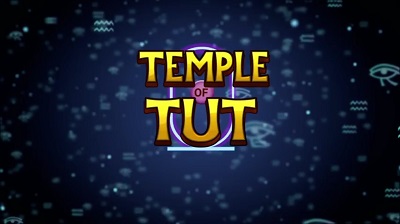 This retro looking pokie comes from Microgaming, a software developer that needs little introduction from anyone, not even themselves, for they’ve proven their worth time and again. That being said, this 5 reels and 10 paylines title feels different to their usual creations, especially due to the simplicity of the aesthetics, hence us referring to it as ‘retro looking’.

Don’t be deterred by the lack of 3D graphics, as Temple of Tut is all about the wins rather than looking the best; take the winlines as an example of this, as they payout both ways. Not that this is all that Microgaming has given users, as there’s also a round of free spins available via the scatter symbol. When you bag yourselves some of these on the grid, up to 30 rounds can be won, as well as the special feature, the Super Reels, starting up. This unique game bonus will provide you with more wilds throughout the free spins, hopefully resulting in big returns at the end of the round. None of this may sound all that exciting, but this simple game has a lot to offer those who look past its appearance and pay for its features instead. 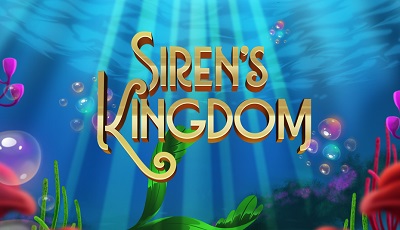 Making it to the third spot on our list is a brand we don’t normally hear much about, and yet it’s one of the foremost contemporary companies within this industry; Iron Dog Studio typically creates vibrant pokies, with their new title being no different. Using the traditional myth of sirens, players delve into an underwater world of 5 reels and 30 winlines, making this quite a sizeable game. The aesthetics of this game are enchanting, but they’re a lot more basic than we’d have expected for such a freshly launched title, however some would argue that this adds to its charm. It reminds us of fairytales we heard as children.

As for the features, they too are rather basic, with simplicity clearly being the key to this title’s success; there’s two unique wilds that can appear during both the base and special feature, as well as the bonus spins themselves. Up to 36 rounds of free gaming can be won, provided you form a five of a kind formation, much like with many other pokies out there. This is all well and good, but what we believe makes this game is its maximum payout of £150K, a large sum of money for any slot machine to provide, new or not. Taking all this into account, this is a one armed bandit focused on monetary gains and not mini rounds. 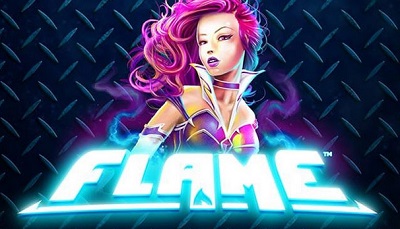 Positioned last on this May preview list, but certainly not the least deserving, is NextGen Gaming’s new pokie, titled Flame. The name itself harks back to traditional, old school gaming, in which fruit machines reigned supreme, and so it won’t surprise many of you to see that this notion has been carried into the games’ features. The interface is a flash of neon colours and blinding flames, but at the heart of it all it’s a homage to classic graphics; the only aspects not so classic is the 5 reels and 20 winlines, as fruit machines are normally 3 reels and less than 5 paylines.

Of course, there’s more than its looks that separate it from its elder titles, and indeed from new ones, and that’s the multiple special features the reels bring. For saying this isn’t an impressive pokie, graphically speaking, the fire is brought through the countless extras hidden inside the paytable. There’s multipliers, the ability to win both ways, guaranteed wilds, and free spins, with this rundown only revealing a bitesize piece of what’s on offer. The bonus spins are where these ‘mini features’ become more effective and therefore more likely to activate, with up to 15 rounds given at any one time. To launch into this bonus game, you need to get either three of the bonus icon or three of the bonus wild symbol, which technically should improve your chances of scoring those spins.