Before you know it, January is about to end, and it was only a few days ago when we celebrated the New Year. Crazy, right? Anyway, it´s not healthy to dwell in the past, so let´s focus on what lies ahead. The holiday season is over and we´re ready to slow down a bit and spend our time trying out some of the freshest online slots from well-known providers. Industry leaders such as Pragmatic Play, iSoftBet and others have announced various attractive titles covering intriguing themes from Norse mythology to African safari. Here are the quick reports on the Top Slots for February 2019.

Set up for launch on February 14th, Thor’s Lightning is an upcoming video slot from a prestigious provider based on the Isle of Man, Red Tiger Gaming. Usually, this developer tackles Asian themes, fantasy, the Wild West and the like, but this time it’s all about Norse mythology. The game is set in the frozen tundra of the north during the time of the fierce Viking warriors. The Vikings believed in many gods and acted as their descendants, fighting enemies without mercy only to unite with their fellow warriors in Valhalla, the afterworld. Thor was also an important figure; as the son of Odin and God of Thunder, Thor controlled storms and lightning with his mighty hammer.

The Thor’s Lightning video slot comes with immaculate graphics, clever animation and great payouts. It runs on a 7×7 engine and delivers cluster pays, offering several types of free spins. The special features are Valhalla Free Spins, Muspell Free Spins, Hammer Strike and Lightning Strike. Thor’s Lightning is suitable for any type of iOS/Android device and its max win is worth 1,800x the bet. The hit rate is announced to be high and the volatility medium, which is a good combination for a steady flow of wins. 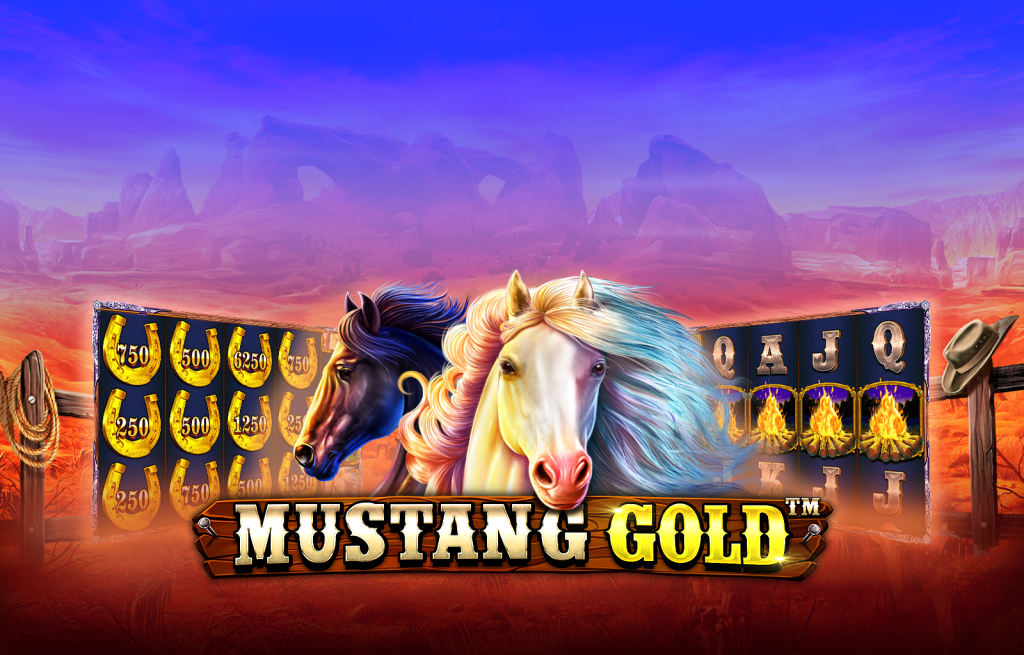 Mustang Gold will be launched in January, so it should hit all the big casinos by the beginning of February, and it is a majestic video slot by Pragmatic Play themed on horses, farms, and a few outlaws. The landscape behind the reels shows a sunset over some red rocks and desert terrain. On the reels, however, dwell symbols such as a cowgirl, an armed cowboy, and their horses. The game’s logo acts as a Wild and lands on all reels except for the first one. The game also includes a Scatter, a Collect symbol represented by a lawman’s badge and a golden horseshoe, which is the Money symbol.

Pragmatic Play delivers a medium volatility game, with 3 rows and 5 reels. Payouts are obtained across 25 win lines. The special features in Mustang Gold are intertwined. There are three main extra features: the Money Collect Feature, the Jackpot Reveal Feature (yes, there are fixed jackpots to be won), and the Free Spins Feature. Initially, players get 8 freebies in the free spins round, but it can be retriggered and there is no limit to the number of free plays. According to the developer, Mustang Gold carries an RTP of 96.53%. 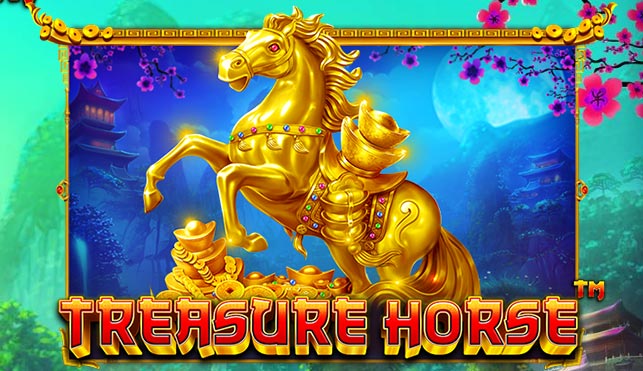 Although not evident from its title, Treasure Horse features an Asian Theme. One look at the game’s thumbnail and the oriental style becomes clear. Once loaded, Treasure Horse showcases a beautiful backdrop of a mystic valley with waterfalls, pagodas and cherry blossoms. There are three reels set against this magnificent scenery and each contains no more than three symbols. Technically, Treasure Horse is a classic affair. The game offers 18 paying lines, and not too many special features that would confuse you. The paytable is right there by the reels and on the main screen. You can see symbols of bars, pots of bamboo, gold coins and stylised numbers 88 (in case you didn’t know, the number 8 is considered lucky in Chinese tradition). There is also the Wild and the statue of the horse which acts as a trigger symbol for the Free Spin Round.

During Free Spins, a fourth reel is added and it’s filled with multipliers. Three horse statues award 8 free spins. On each free spin, one of the available multipliers is applied, and the regular symbols can appear in stacks. If any horses should land during the course of the round, an extra spin will be added. Treasure Horse will be released on February 7th and its RTP should be at 96.52%. 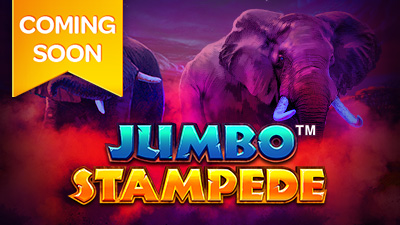 If you’re in the mood for something wild and untamed, then iSoftBet has a suggestion. They’ll be launching their new video slot called Jumbo Stampede and you’ll be offered a trip to Africa. The slot is a real safari experience, along with elephants, rhinos, leopards, zebras and impalas. The graphics are crisp and polished, lovely to look at on any screen size. The warm colours of the sunset splatter across every symbol and the sound effects emphasise the atmosphere.

Jumbo Stampede runs on 6 reels and 4 rows, without traditional paying lines. The game offers 4,096 ways to win, as it allows any combination of three adjacent matching symbols to issue a payout. The Wild is given as a symbol of a setting sun, landing only on reels 2, 3, 4 and 5. The Scatter is a gold coin with a baby elephant on it. At least three of them anywhere in view will activate free spins. For three Scatters the player gets 8 freebies, but 4 of them issue a prize of 15 free plays. For 5 Scatters the reward is 20 free spins, and for a maximum of 6 the prize reaches 50 free spins. In the Free Spins bonus round, Wilds are assigned x2 or x3 multipliers. In addition, the elephants become Jumbo symbols and pay anywhere on the reels. The RTP of Jumbo Stampede is 95.94%.