An evolution of sorts has happened within the gambling industry, thanks in large to Evolution Gaming, a European brand that first started out in 2006. Since that time, they’ve spent the last ten years or more creating interactive products, with their games at the fore of many online casinos. As a champion of live casino games, including that of Poker, Blackjack, and Roulette (to name but a few), they’re one of the brands that classic casino gamers will appreciate. Their slick timing and stunning software makes them one that every casino should include on their software lists. To walk you through some of their works, we’re taking a closer look at some of the best Evolution Gaming casinos you’ll find online today. As you’ll see from the list, there’s all sorts of different labels that have worked with Evolution, further demonstrating how varied and adapt they are.

We’re greeted by a giant four leaf clover when we visit Casino Luck, a lucky named gaming site that first came into being in 1999. Due to its age, it’s one of the older casinos that’ll be on our list, but by no means the worst of the bunch. In fact, we’d say that Casino Luck is as sharp and impressive today as it ever was. Licensed by four separate bodies, which include that of the UK Gambling Commission and the MGA, you can be assured of your safety. Other assurances come from the titles themselves, which are varied, offering not just the Evolution Gaming live titles, but slots and scratch cards as well. All of this is then nicely rounded off by a few of the promotions that Casino Luck offers, not forgetting their VIP scheme.

From the past and closer to the present now, with Casumo Casino having launched in 2012. Although it’s a very years old now, it still looks as fresh and innovative as ever, with its flash of colours hinting at a playful atmosphere. Players will be able to play a range of Evolution titles, from slots to Live Casino, as well as other brands, from the games lobby on the homepage. Casumo is seen as a growing platform for live casino customers, and so this is likely a prominent stop for all fans of the activities. What is more, they’ll be able to search out any bonuses currently in operation. Should you be interested in the regulations that rule over this site, they belong to two different bodies: the MGA and the UK Gambling Commission. 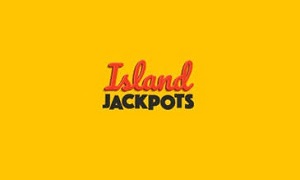 The cool, tropical shores of the Island Jackpots Casino awaits you, having been a holidaymakers dream since 2017, making this a new mover and shaker. Although not as polished looking as some of the other Evolution Gaming websites, Island Jackpots is still a licensed and respected domain. This is why you’ll find the UK Gambling Commission and the Gibraltar Gambling Commissioner regulating this particular site. You’ll also find plenty of games, though the vast majority of them are slot machines, with only a few other casino activities peppered throughout. Also on the minimal side are the promotions, which again are fewer in number, but aren’t without their individual merits. 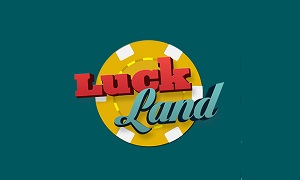 Continuing on now, we have Luckland Casino, a brand that was first created and launched in 2015. As one of the newer models of Evolution Gaming casinos, Luckland as at an advantage, as it neither feels old and stuffy, or out of touch with its customers. Having said that, it reeks of experience, reinforced by the aesthetics of the site. Holding licenses from the MGA and UK Gambling Commission, this is a safe haven for anyone looking to play pokies, scratch cards and, of course, live casino options. Another perk of this platform is that it offers a pageful of promotional materials, as well as a VIP club for loyal members.

Whatever your passions: Blackjack, Poker, Baccarat, or the slots, Mr Green has an array of titles that are guaranteed to suit your tastes. For those of you who like the history of a label, Mr Green launched in 2008, and has two licenses governing it, much like the other sites we’ve mentioned thus far. We doubt it’ll surprise anyone to learn that the UK Gambling Commission and the MGA are the ones regulating Mr Green. What you may be surprised to learn however, is that this award winning website has a range of promotions set up for both new and returning members. To see them all, you’ll need to register. 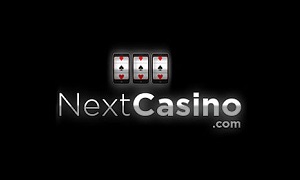 Released back in 2013, Next Casino has been promising its customers that it’ll bring the ultimate gaming experience. Whether you agree with this or not, you can’t deny that this Evolution Gaming casino has a lot to offer whoever joins, with its four licenses, similar to that of Casino Luck, guiding it. In addition to the guidance and legislations, you’ll find scratch cards, slot machines, and live casino activities to get stuck into. Alongside these, you’ll also find an exclusive club, designed to act like a VIP membership for those worthy enough to join. 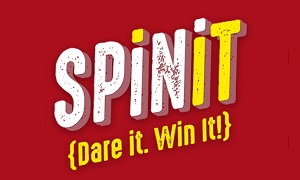 We end our journey through the best Evolution Gaming experiences by presenting you with an online casino that started in 2016; Spinit is a fast paced, whirlpool of gaming options. Offering video slots, tabletop games, and a live casino, there’s really an option that’ll suit everyone’s personality, even the most picky of punters. What is more, these customers will be handsomely rewarded thanks to the bonuses in place, and the special VIP club that Spinit has open. Oh, and don’t forget about the fact that you’ll be gaming with peace of mind, thanks to the license from the MGA and another from the UK Gambling Commission.