The Champions Slot to Be Launched by Pragmatic Play 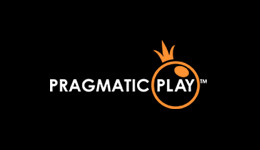 Only days remain until the greatest soccer event this year, the FIFA World Cup, and we’re glad to report Pragmatic Play has something special on offer that will keep you entertained in the meantime. The company’s latest slot is called The Champions and it’s designed to match the excitement of the grand game of soccer.

The slot takes form of a standard 3×5 machine but introduces a lot of creative features that will surely attract more than just sports fans. The greatest appeal comes from the opportunity for players to personalise their experience by picking one of 32 available national teams; you can pick your favourite soccer squad, from Serbia and Iceland to Argentina and Brazil, and keep scoring goals for better wins. The symbols include ball, goalie gloves and the referee’s whistle, among other icons, with the champion’s cup being the Wild symbol. The Bonus symbol will assume the flag of the team you’ve chosen to side with, which is a nice touch. 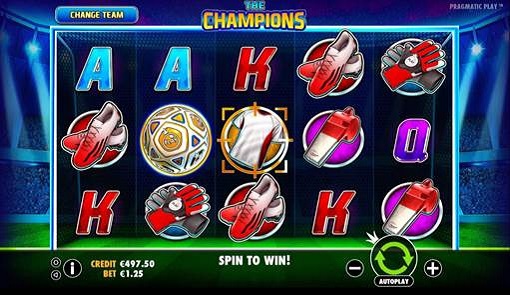 There are 25 regular paylines in the game, but on top of that the slot allows you to select one position on the reels with your mouse and boost your chances of winning – if a ball appears on the selected position within ten spin you will earn a 2x multiplier. Score more goals the same way and you may earn a bigger multiplier, up to 20x.
Be patient and wait for the three Bonus symbols to appear; in that moment the referee will blow the whistle and start the Penalty bonus. The player gets 5 penalties and scoring one of them earns a prize of a 5 times multiplier. Scoring them all, however, ups the reward to a 50 times multiplied stakes.

Melissa Summerfield, Chief Commercial Officer at Pragmatic Play, pointed out the game’s soundtrack and interactive features, in hopes to have spinners coming back to it even after the packed summer of sport of 2018 is over. So far, Pragmatic Play has launched over 80 HTML5 slots which can be played at top casinos such as Danske Spil, Mr Green and LeoVegas, and they will now be joined with The Champions.