If you’ve thought Joker slots are growing out of fashion, think again – Quickspin is launching a revival of the genre with their latest Joker Strike video slot machine which they describe as ‘ground-breaking’.

According to reports from the Swedish provider, Joker Strike will feature the Jester showing off all kinds of new tricks. Set to be released soon in April 2018, Joker Strike will offer some familiar imagery and some new and never-before-seen special features. For one, the game has an incorporated Joker Strike feature which is triggered by every winning combo. During Joker Strike additional symbols are to the outer wheel that surrounds the 5×3 reel grid. If light stops on a winning symbol, the Joker reveals some of the greatest rewards in the game. 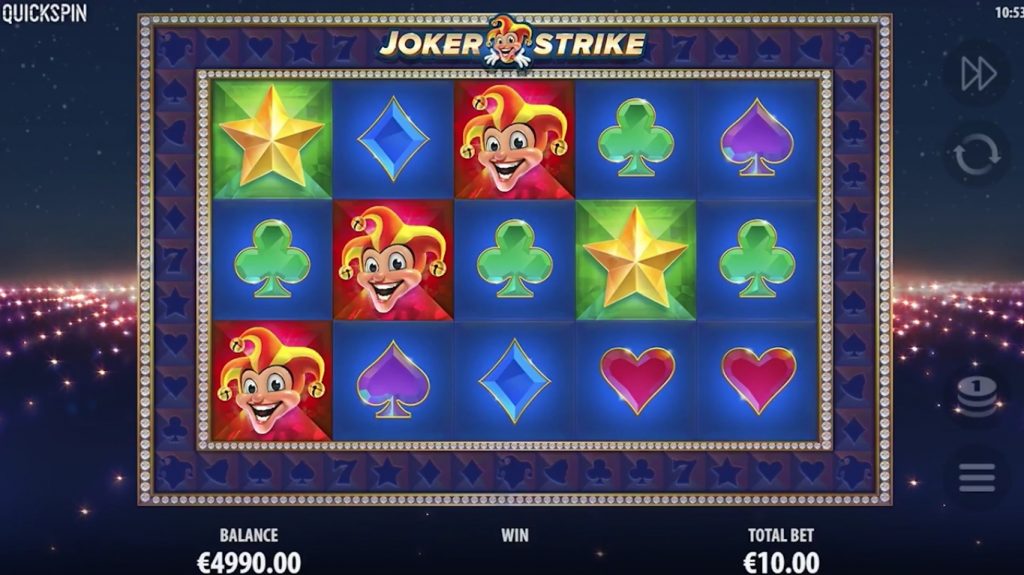 However, the Joker Strike’s major feature is the Hi-Roller mode. Quickspin debuts the new feature with Joker Strike and allows players to dramatically increase the value of the symbols and unlock additional features (Guaranteed Wild, Wild Strike and Double Chance) the more times they place a wager. A bet of €20 is guarantee for an additional Wild every five spins, just like a slightly higher bet, of €30, guarantees a Wild card on both the standard reels and the outer wheel. Bettors who are brave enough to up the stakes up to €50 can look forward to both additional Wilds and Joker Strikes, as well as an extra light marker on the outer wheel. With a simple format and a striking new feature, Joker Strike will surely strike a chord with the active online and mobile gaming audience.

Quickspin CEO, Daniel Lindberg, confirmed that Joker Strike slot is ‘highly attuned to the modern video slots player’. Chances are more Quickspin games will adopt the all-new Hi-Roller feature, but for now players have the chance to study it in Joker Strike across numerous operators and multiple jurisdictions.
April 19, 2018Posted in News by Rob • No Comments
[B