Both NextGen Gaming and Playtech are the big dogs of the industry. They’ve been around since forever, and instead of wasting away they’ve always known how to keep up with the trends and bring innovation to the table. It’s amazing to be able to play online slots in the era when NextGen and Playtech are among the leading manufacturers. What’s so great about them is that they don’t slow down – they keep launching new titles on a regular basis. It just so happens that there are four new games coming from these companies, ready to be played in October. Let’s check them out!

Ever After Slot by NextGen Gaming 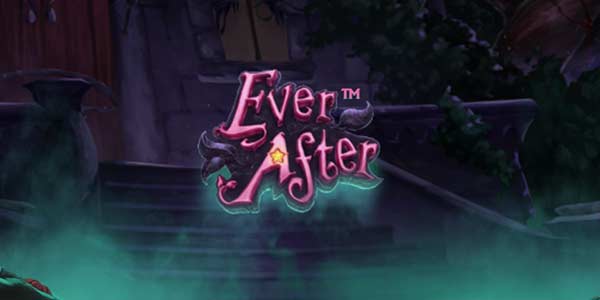 Inspired by romance fairytales, Ever After has a dark twist. The slot is developed with 243 ways to win, and play across 5 reels and 3 rows. Remember that this one comes from the creators of such hits as Medusa and 300 Shields. That being said, it’s comes as no surprise that the graphics are mesmerising. Ever After has it all – enchantments, free spins, amazing characters, transformations and sizeable payouts. But let’s get to them one at a time.

The game is set in Darkwood and includes its oppressed residents. The characters are girl, boy, owl and mouse which transform into Princess Adva, Rakaq ‘The Revealer’, ‘Dashing’ Doron Dangerfield and Bria Delmy. Faye appears randomly; with a Wild and a Scatter, the story gets complicated, but in a good way. With 2 or more Scatters you can activate the Free Games feature, only if it’s upgraded into an Enchanted Bonus symbol. The free spins round awards 6, 12, 30 or 60 free chances to win. The Mirror Magnificent feature is an extra treat, as it appears randomly enchanting up to 3 symbols on the first reel, which almost ends up in extra Wilds and more premium symbols on screen. The max win of 4,860x the stake is music to our ears, and the volatility isn’t bad either – medium to high during the bonus.

Now way this Halloween will pass without a brand new Halloween themed video slot from Playtech! It’s called Pumpkin Bonanza and it offers payouts as high as 2,000 times your stake on every spin. This is a period for new arrivals for Playtech, considering their fresh products like Call of the Valkyries, Age of the Gods: Medusa & Monsters and Grease. There’s no reason why Pumpkin Bonanza shouldn’t join such an attractive group of titles. It is a seasonal slot, perfect for October 2018.

Pumpkin Bonanza runs on ‘win both ways’ mechanic and that’s one of its key features; it is a 5-reel and 4-row slot game with 10 fixed paylines. The design is well-executed and includes all the familiar objects and characters normally associated with All Hallows’ Eve. If these are not enough to get you into the Halloween spirit, then spin the reels several times and prepare to experience the power of the Pumpkin Wild and the generosity of the Bonanza Spin bonus. The Pumpkin Wild symbol appears only on reels 2, 3 and/or 4. Get a Wild-powered winning combination in both directions and you will earn a Bonanza Spin. It is technically a re-spin with the possibility of Pumpkin Wilds landing on all 5 reels. Pumpkin Bonanza can be played your PC, tablet or mobile. No matter which device you choose it will deliver medium to high variance.

Shields of the Wild Slot by NextGen Gaming 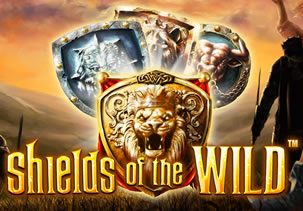 Shields of the Wild is a new NextGen Gaming slot, distributed mainly by SG Digital. Although the title doesn’t reveal it so transparently, the theme is medieval. The game includes fascinating intro video which adds to the epicness, and once you spin the reels for the first time you will immerse yourself into the Fields of Elysium, where you’ll meet Knight Sir Virilis Manblade and his army as they go into battle alongside sworn ally King Trenin DeSaxe. In this game, it’s all about shields – an important requisite of every skilled soldier. There are 8 different shields on the reels and the Shields of the Wild symbol is the Wild.

There’s no time for rest in the battlefield, each base game spin can potentially trigger the Shield Wall feature which upgrades all symbols, except the Wild and Scatter, to the next higher paying symbol up to 8 times. The Marching Stacks Free Games feature, however, is far more rewarding. The combination of free spins and stacked high-value symbols rarely fails. There’s 2,500 times your stake to be won, not to mention the excitement one feels in the heat of battle. Supposedly, Shields of the Wilds has a 95.5% RTP.

Treasures of the Lamps by Playtech 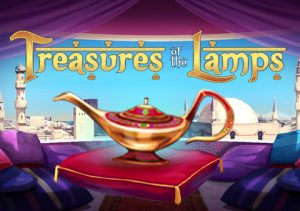 Remember Aladdin? There haven’t been many Arabian-themed slots lately, even overall for that matter. Well, Playtech has something to say about that! The industry leader strikes the cord with its fresh autumn slot called Treasures of the Lamps. Instead of one genie, here the player has 3 genies helping him, or her, to obtain big wins. Also, the genies are 3 gorgeous ladies: Audrey, Ruby and Gloria.

The game offers 20 win lines, and a reel grid of 5 columns and 3 rows. The Magic Lamp feature is one of the perks of the Treasures of the Lamps video slot. When it happens, and it will happen randomly, a genie will grant you a wish and add extra Wilds, spread Wilds or give you free re-spins with locked Wilds – as many as you need to win. The marvellous Scatters will trigger the remaining extras, the Free Games or Stargazer Bonus rounds. These are quite gratifying, but combined with the Magic Lamp feature they show their full potential. Multipliers and cash prizes come into the mix and the gameplay explodes into an Arabian extravaganza. Treasures of the Lamps is an inventive video slot aiming to become a long-term favourite among Playtech followers, for sure.