The third month of the year is officially upon us, and as such we’re searching for ever more interesting slot machines to play. So far, 2018 has been extremely kind to us, with numerous developers releasing not just one but two or more pokies for us to experience. Having been spoiled so much, it would be easy to assume that the well of slots would start to dry up, but we’re happy to report that this isn’t the case. This March, you’ll be able to play several new slot machines from the likes of iSoftBet, Playson, Thunderkick and Pragmatic Play, with more on the way further down the line.

Each of these new slots not only gives us a new game in general, but also a fresh faced theme, stirring special features, and sizeable cash prizes. To give you some idea of what to expect this March, we’ve compiled a list of four hot new releases, each of which comes from a different games brand.

Kicking off this overview is Stacks O’ Gold, a new iSoftBet pokie that is filled with gorgeous Irish iconography, to really drive home the luck of the Irish. Able to be played across multiple platforms, this stunning display of 3D graphics is as rich in colour and depth on your mobile as it is on a desktop computer. Not that the aesthetics are all we’re interested in, as this is an unusual looking grid that consists of 34 winlines, displayed on a 3x4x3x4x3 matrix.

All players will be able to spin the 5 reels for a small fee of 0.20 credits, with the symbols of the paytable still delivering the same range as it would to a highroller. Not only can you receive maximum payouts of 200 credits every five of a kind four leaf clover, but there’s also stacked wilds, sticky stacked wilds, and some free games. At least three of each symbol is necessary to create a winning combination, though some of these symbols, like the bonus one, can only land on specific reels. This game however, does come with medium volatility, which could mean that reaching the pot of gold at the end of the rainbow may be tricky for some.

If the name of this slot machine sounds familiar, that’s because Thunderkick has an original slot titled Bork The Berzerker. Much like this new sequel, the graphics are extremely unique, with them intriguing even the most purest of gamers, which is always impressive for such a niche theme of game. Based on Norse mythology, this is a pokie that has action, drama, suspense, and magic. It’s the perfect combination of all the elements of all the genres we love.

Unlike the original title, this new slot has 20 winlines instead of 25, but other than that there doesn’t seem to be much in difference between them. That being said, this doesn’t diminish how fantastically rewarding the expanding wilds of the game can be; when playing the base game, this wild can only land on the middle reel, whereas in the free games it can land on reels two, three and four. As for the bonus symbol, the evil magician, this bad guy actually brings you some luck, in the form of up to 20 bonus spins, with 10 being the minimal amount you can win. Not bad for a tiny wager of 0.10 credits. However, if you want huge wins, like 5,000 credits, you need to stake the maximum bet.

So far we’ve played through Norse legends and Irish folklore, but now we go oriental with Triple Tigers, a classic slot machine released by Pragmatic Play. Even though this is a newly launched game, it doesn’t play like one, with the developers having stripped back to a single winline, 3 reels format. Given how compact this online pokie is, it makes sense that there’s no bonus features whatsoever, however there is two different valued paytables, based on what players wager.

To change between the two types of paytable, customers need to either stake 0.05 credits or 1 credit, with the latter offering wins up to 500 credits. Due to the dynamics of the grid, players will be up against a high volatility title, meaning that victories can be few and far between. Fortunately however, the bright decorations of the matrix help to make the game feel more fulfilling than it actually is, which in turn helps to make the experience far more entertaining. 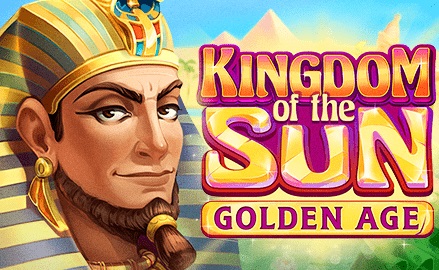 Finishing off this new March slot machine list is a Playson game that’ll be taking players back to Ancient Egypt. Despite this being a heavily used theme, one which we’ve tired of over the years, Playson has breathed new life into the 5 reels of the matrix. Even though there’s only 15 paylines for combos to land on, there’s quite a lot of bonus features to trigger, like the impressive spreading bonus. This is where the bonus icon can only land on the first reel, with it then spreading out across multiple adjacent spaces. Similar to this is the Sun Compass Feature, where a sundial lands on the reels and points in a specific direction, leading to symbols being changed to create large returns. There’s also another feature to take advantage of, but maybe you should discover that for yourself.

In reference to the amount of money you can win, that depends on what you wager; you see, this Playson game has a betting system heavily linked to the paytable, with the maximum bet leading to wins of 1,400 credits. This amount drops down to a low 4 credits when you only stake the minimum bet of 0.30 credits, meaning that budget gamers get left behind on the climb to enormous victories.