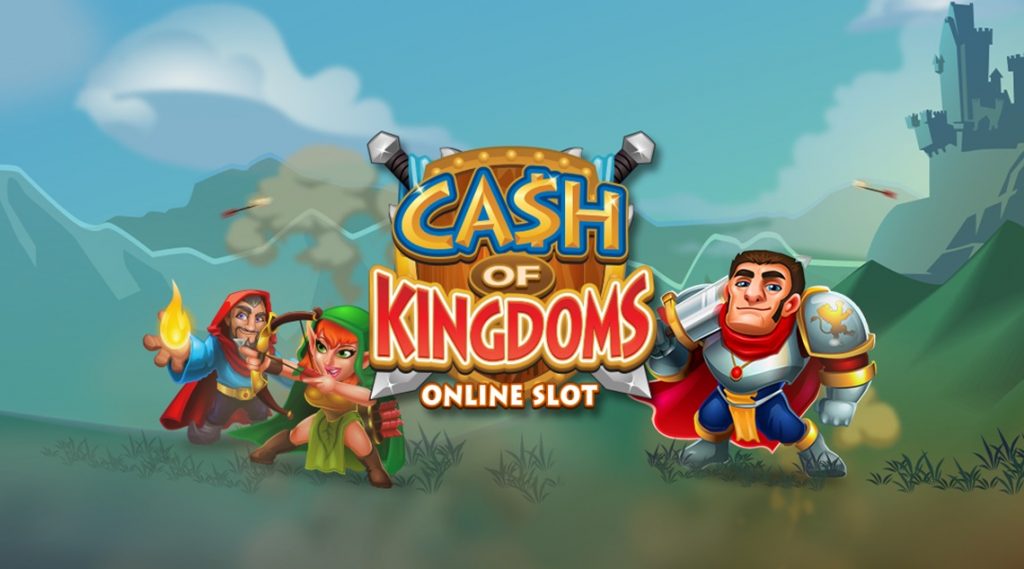 In case you’ve not been following the iGaming world as closely as other players, it may interest you to know that Microgaming has released a new slot, called Cash of Kingdoms. Having been around in the late 90s, before iGaming was even a small blip on our radars, anything Microgaming does is always going to peek the interests of their peers and customers alike.

This game was first revealed earlier on in 2018, at ICE Totally Gaming, with fans having had to wait for this 5 reels 15 payline pokie to become a reality. Although this is a Microgaming title through and through, it was Slingshot Studios who created this exclusively for the brand, and so new depth has been brought into the mix; as an independent developer, Slingshot is a relative unknown. However, while they’ve only been around since 2016, working with Microgaming exclusively has catapulted them into the spotlight no end, with more collaborations on the cards for the near future.

Head of Slingshot Studios, Richard Vermaak, shared his excitement surrounding the release and the exclusivity of the Slingshot/Microgaming partnership:

“We are extremely excited to release Cash of Kingdoms, the first game under our studio brand. Our team has worked hard building a product we hope players will have as much fun playing as we’ve had creating.”

Sporting a cartoony medieval theme, this is a fun, vibrant, and playful take on the characters and the world they live in. Players will partake in all sorts of tomfoolery to reach those wins, with them able to interact with the five heroes of the piece; as this is a medieval/fantasy game, there’s a Knight, Mage, Rogue, Archer, and Bombardier. Of course, there’s far more than the heroes of the game to meet, as there’s also the other paytable symbols as well, which include the symbols that trigger the bonus features.

One such bonus is that of the Invading Wilds, a mini activity borne of fire and steel, as arrows will rain down and swords will clash, all in a bid to turn those reels wild. For this to happen however, the wilds need to have taken over one whole reel, either the second or fourth, for them to then be able to “invade” the adjacent reel. But this isn’t the only bonus to fight for, as there’s also the scatter icon, promising not just free spins but multipliers as well, therefore allowing for bigger payouts when those wins land on the grid.

In respect to the free spins, you’ll get a round of those when three scatters are won, it’s only when inside of the mini game of spins that the scatter gifts the ability to shower you with x2 multiplier. Seeing as how the game pays both ways instead of merely left to right, this means that the game is going to payout out, therefore ensuring that volatility is kept low throughout. Another perk of the free spins is that inside of the game, any additional scatters that land will bestow you with an extra free game, and so the fun of free spinning doesn’t have to come to an abrupt end.

“We’ve been anticipating the release of Cash of Kingdoms ever since Microgaming previewed the game at ICE Totally Gaming with a spectacular acrobatic foot archer on our medieval-themed stand. Built with strong and regular features, which are amplified by paying both ways, the game delivers plenty of on-screen action on any device, together with a popular theme that is sure to make it a player favourite. Slingshot Studios has brought a dynamic addition to Microgaming’s diverse portfolio with Cash of Kingdoms, and we cannot wait to unveil more exclusive creations from them in the coming months.”

As quoted from Games Publisher for Microgaming, David Reynolds, when asked about Cash of Kingdoms and where Microgaming would go next with its new content.