No matter what happens this summer, it’s always good to know that more fun is on the horizon, all you need in order to find it is to know where to look. The iGaming circuit is normally inundated with new games, and so learning that there’s new slot machines in time for this summer won’t surprise most of you. Despite this being the case, we feel it’s still important to draw attention to some of the greatest fresh releases; we don’t wish to criticise any brands out there, but there’s always certain activities that are more entertaining than others.

The only problem with looking out for the best of best one armed bandits, is that it can be tough to find them without having to play less stimulating games, which is why we’re here. We’ve taken the time to hunt down the latest slots that are said to break you out in a sweat this summer, with the titles coming from main brands like Red Tiger, Quickspin, and Pragmatic Play. Granted that these aren’t the largest software developers available, but they’ve still managed to steadily chip away at the iGaming market, with users always attracted to their games.

To kick off this summary of slots, we’re going to look at Quickspin’s newest release first and then continue onwards from there. 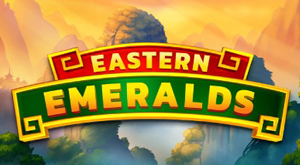 Soon to be launched, this oriental themed online pokie is filled with bright, alluring colours, with this beacon of Asian symbols promising to grant successful users a heap of bonuses. Due to it not having been released yet, there’s little in the way of solid details, however we can confirm that as many as four different free spins bonuses are available. What is more, this Quickspin newbie offers monetary prizes that have been increased by a staggering x1680 multiplier. This is easily one of the highest multipliers provided by any one label within the industry, and so this game has one impressive paytable awaiting those who are brave enough to make that first bet.

The official launch date of this slot is July 10th, meaning that most of you reading this will already be able to access the 20 paylines game either via the Quickspin website itself, or an online Quickspin casino. 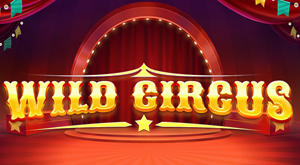 Next up we have the bright lights, and cheers from the crowd, of Wild Circus, an online pokie that comes from the creators over at Red Tiger. In contrast to Eastern Emeralds, the graphics of this slot isn’t quite as crisp, with the imagery having a more retro look and texture to it. In spite of this, the 4×5, 40 winlines matrix still looks wonderful, with the curtains of the opening screen revealing the inner magic of the circus, which happens to include five bonus games. Unlike with some activities that say they’ll deliver variance, but then create several bonuses that play the same as one another, Wild Circus has a series of very different, and engaging, mini levels. Take the Bear Tightrope Feature, in order to collect rewards, you need to keep the bear balanced on the rope; this is just one example of the diversity within.

Having already been launched, you can play this in demo mode from the Red Tiger site, or you can try it out for real at an online casino of your choice. Moreover, the cost of doing so is still so cheap, at only 20p per spin. 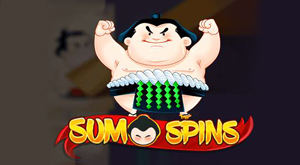 In a rare turn of events, Red Tiger is on our list again, as they’re also launched the entertaining wrestling ring of Sumo Spins. What makes this themed slot so playful is that it has a more contemporary edge than what Wild Circus showcased, with the sumos of the game designed to interactive. This is primarily at the beginning of the game, but it nonetheless creates this sense that you’re sitting down to watch a sumo match begin. Should clever graphics and funny graphics not be your thing, there’s the added bonus that there’s respins, big sumo nudges, and massive multipliers. Oh, and there’s also the chance for the sumos to have a showdown in the ring to claim the title of winner.

Just like with other Red Tiger titles, your wager can begin from as little as 20p, with that money covering the full 40 winlines of the matrix, helping to make this a big match between brains and brawn. 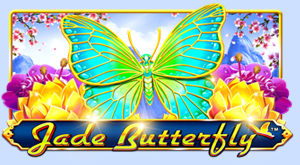 Coming last, but not least, is Pragmatic Play’s retro one armed bandit Jade Butterfly. Unlike all of the pokies that we’ve already mentioned, this game has a very dated, some would even argue outdated interface, with the graphics looking like they hail from the 1990s. Even though this is the case, the 1,045 ways to play make the classic atmosphere of this title feel a lot more contemporary and, as a result, entertaining. The only potential downside to all of this, is that the bonuses only consist of respins and free games, which means that there’s no much in the way of variance. And yet, the volatility is on the high side, meaning that some users will have a tough challenge on their hands when playing, especially for real money gamers.