Cutting edge omni-channel specialists, Play’n GO, have made online pokie fans extremely happy this November, having released a sequel to their hit slot machine Hugo. The original, which was launched in 2016, proved a success with all walks of players, with many having been eager for more. Finally that wait is over.

As some of you will be aware, both games are based on the hugely successful Danish franchise, that’s delighted fans since the 1990s. Instead of being on television screens, this loveable troll has made his way onto a 5 reels and 10 winline interface, with a flurry of engaging graphics making this title as immersive as the first.

Railway tracks are the backdrop to the grid, with the paytable of both standard and bonus symbols lining the way. For a wager of 0.10 credits, players will be able to journey along with Hugo as he tries to escape Afskylia, the villain of the piece. Along the way, should you be fortunate enough, you might activate one of the mini games called Skull Cavern.

The aim of this feature is to find your way through the dark tunnels and come out the other side, with a multiplier as your reward. You’ll have as many as three lives to use during this activity, depending on how many of Afskylia’s symbols appear on the winlines; the more you find, the better your chances. 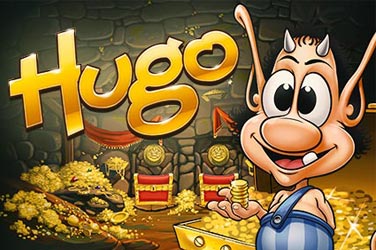 For a more lighthearted adventure, there’s Troll Race, another special, only this time it’s activated by obtaining three scatter symbols, decorated with animated beavers. This will gift players 10 free spins, with a further appearance of scatters leading to an additional five spins. You may even receive an upgrade to the Skull Cavern, if you strike lucky a third time. Should you only unlock Troll Race, you’ll watch as Hugo races along the tracks, collecting multipliers and wild symbols as he goes.

As for Hugo himself, he’s the wild symbol, giving customers a steady dose of substituted wins, though he’ll never be able to overcome those pesky scatters. No matter which feature you manage to trigger, Hugo 2 is a promising way of carrying on the legacy of this dear character.

Even though the gameplay is fun and entertaining, there’s the added benefits of having an advanced set of graphics driving the slot forward. Improvements have obviously been made, but Play’n GO have been respectful of the first game, and what it meant to its fans.

The Hugo franchise and Play’n GO’s original slot have given fans and casino players plenty of joy over the years, and so we’re delighted to return to the troll’s adventures and deliver Hugo 2 to them. With enjoyable new features, detailed graphics and prolonged gameplay potential, this title is another strong addition to our games portfolio and we expect it to be even more successful than its predecessor.

This return of Hugo joins other newly launched titles, such as Big Win Cat and Fu Er Ding, with news reporting that Play’n GO still has big plans for 2017. If this is how generous the brand’s going to be before the end of the year, we can’t help but wonder what 2018 will bring us.