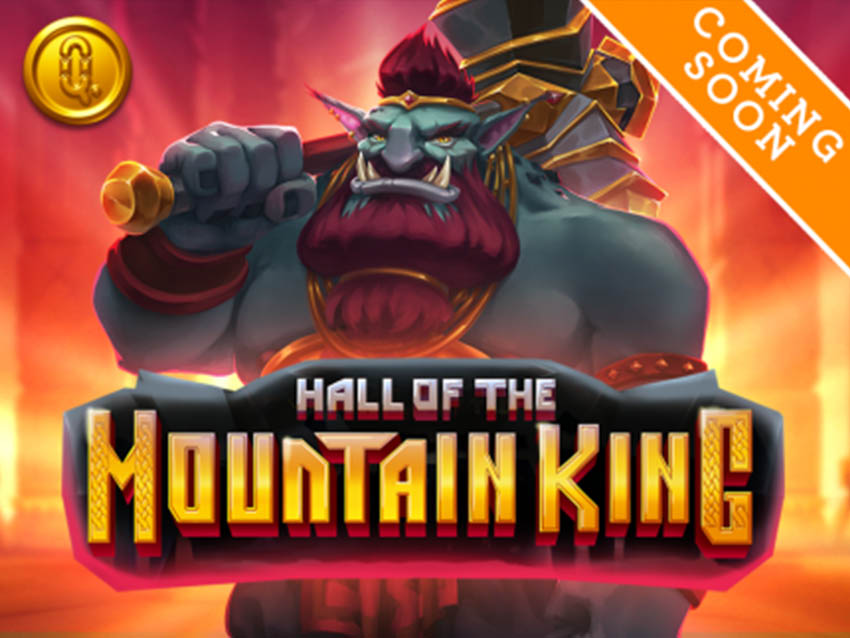 With the Game of Thrones season’s finale and the bitter taste of the series ending slowly creeping upon us, we will need every epic fantasy supplement that we can find to fill in the void. Quickspin’s latest slot release, Hall of the Mountain King, could not have come at the better time; thanks to the slot’s mythical elements, it will without a doubt draw a lot of attention from the fans of the genre and provoke the interest of those who are primarily focused on the payout potential.

The visuals features are fully in line with the theme, almost exceeding the quality standards of the developer, known for producing games with exceptional graphics and storylines. Played across 5×3 reel grid and 20 fixed paylines, the slot takes the player inside the fantasy world governed by the infamous King of Trolls, whose underground chambers hide vast treasures…

To claim your share of the King’s riches, the players will need to select the bet level from the Total Bet menu, ranging from €0.20 to €100 per spin or €0.01- €5.00 per line. The Auto Play feature is available, enabling the players to set in motion up to 1,000 continuous spins, that can be stopped manually or by selecting the loss/win limit which will stop the Auto mode once achieved. If you would like to increase the game speed, just click on the double-arrow tab (placed directly under the Auto Play button), and the duration of the spin will be cut in half.

The combination of symbols become payable when at least three icons land on the connecting reel positions, from left to right. The Wild icon and the Trolls are the highest paying icons, especially the King, which can generate up to €4,000 for a combination of 5 matching symbols. Wild icons have the same payout potential, along with the added value of activating the multipliers in both the base game and the Free Spins sessions. The expected return to the player is 96.29% and the slot produces high volatility.

The progressive multiplier is probably the strongest suit of Hall of the Mountain King slot, reaching up to x15 player’s bet during the Free Spins. The Multiplier Meter is activated every time a Wild icon lands on the reels, increasing the multiplying value for every Wild found on the grid at the same time. If the spin results in a win, the relevant multiplier, which can reach up to x5 will be applied to the payout. As mentioned, the multiplying value is even higher in the bonus rounds, where a win will add a higher-level multiplier to the meter.

Triggered by the combination of three Hammer icons, Free Spins have three different stages, each with a unique feature. In Stages 1 & 2, the Troll King eliminates the bottom level multiplier and replaces it with a more valuable one after every winning spin, while the final Stage generates additional Wild icons, improving your payout odds:

Although announced for May 14, Hall of the Mountain King can be tested at the developer’s official website (in demo-play mode). The slot is fully compatible with mobile devices and you will be able to enjoy it on the go without compromising the game’s functionality or visual features.