Habanero, one of the premium software providers within the iGaming scene, has released a new HTML slot machine, titled Rolling Roger. For anyone that needs a reminder, Habanero has released many casino activities over years, with this adding to their already impressive games catalog.

This comically named pokie will have a traditional layout, sporting a 3×5 grid, which will translate down to 5 reels and 25 winlines, ultimately giving you a compact but charming title to interact with. Adding to the charm of this activity are the characters themselves, with us following the adventures of Roger, a cute little hedgehog who is accompanied by many woodland friends.

These adorable critters frolic about while we test out Habanero’s new payout mechanism, a game feature that rewards you with money no matter where our little rustic friend should roll. Another unique addition to this video slot is that whenever Roger rolls across the grid, an acon is left behind. The aim is to collect as many as 40 acons, which is the number needed before the scatter symbols will be able to unlock the free games bonus round.

Once you’ve secured the bonus, you’ll watch as the acorns turn into the bonus spins, leaving you with a large volume of free play options to savour. To enhance this enchanting feature, Habanero offer you the ability to use some of the acons so that you can turn the A, K, Q, J and 10 into wild symbols, should Roger roll over them, of course. As for the longevity of this mini game, the spins only stop coming once you’ve exhausted your stash of acorns, therefore giving you plenty of time to relish the bonus round. 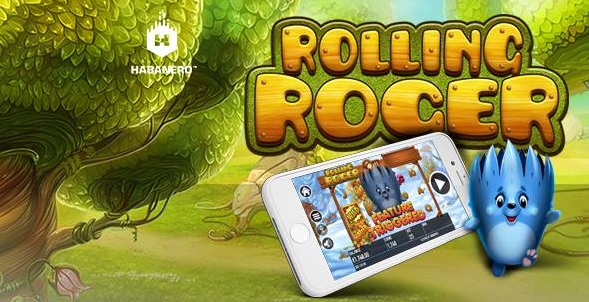 When asked to talk about this latest release with Habanero’s Head of Corporate Communications, Toni Karapetrov, this is what he had to say: “With top quality graphics and whimsical sounds that pack a punch, Rolling Roger is one of our best to date.” On which he continued, “We know this top-of-the-range HTML5 development, as well as the storyline of Roger and his woodland friends, will leave players fully engaged in the hunt for acorns.”

Although this is the game many players and reviewers are focused on, Rolling Roger isn’t the only new title to come from Habanero. In fact, over the coming months, they’ll have released a raft of new activities, such as Cake Valley, The Dead Escape, Scruffy Scallywags, and Panda Panda. All of these new titles join their seasoned others, giving us just over 80 activities in total. Not only does this expand their slots repertoire, but it also enhances the experiences with the operators they’ve integrated with. Over 60 of these are available in 21 European and Asian language, thus allowing a wide audience to enjoy new frontiers with Habanero.

If you wish to see a sneak preview of Rolling Roger before trying it out for yourselves, you can visit the Habanero YouTube channel here and watch a brief overview of its features: