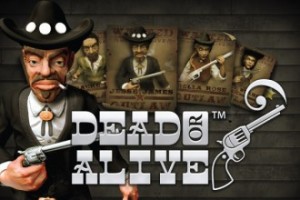 One thing we need to point out to you about the Dead or Alive slot is that it could eat you alive! Well, not literally however due to the very high variance nature of this NetEnt designed instant play slot game there will be times when it can eat up your bankroll very quickly.

That high variance playing structure however has actually made this slot one of the most popular slots that NetEnt have ever designed and released, for with just 9 optional pay lines on offer you can play it for some tiny stake amounts and win a very high valued payout.

The way in which you are going to have the best chances of winning big when playing this slot is via its free spins bonus games on which the wild symbols become sticky wild symbols. The base game jackpot is a fair sized one too which will award 1000 coins per coin wagered when five of the wild symbols form on any payline you have chosen to activate.

The RTP of NetEnt’s Dead or Alive slot is very reasonable too, for over your long term play it has been set to return an RTP of a high 96.60%.

As the free spins bonus game on the Dead or Alive slot is triggered by you having spun in at least three of the scatter symbols anywhere in view, you will get to trigger that bonus game just as many times when playing any number of pay lines as players who are playing maximum line spins.

However, when the free spins have been triggered you are initially awarded with a set of 12 of them irrespective of whether you spin in three, four or all five of the scatter symbols, and as they are playing off not only are all winning payouts doubled in value the wild symbols stick to the reels.

As such by spinning in lots of the wild symbols in the early stages of the free spins round you will have a much increased chance of forming lots of winning combinations, much more so when playing all 9 lines!

The wild symbols stick to the reels for the duration of the free spins round, keep in mind however that the free spins can only ever re-trigger once as you are playing them off. The way in which they will re-trigger is by you getting one sticky wild symbol appearing just once on each of the five reels.

It is possible to form multiple five of a kind wild symbol winning combinations during the free spins bonus round, and that is where the high variance playing structure becomes very noticeable during the bonus game!

If you do fancy playing the Dead or Alive slot then always stake each base game spin sensibly, for you will ideally be wanting as many base game spins as you can play off in the hope you finally manage to trigger one of those huge paying free spins bonus games. 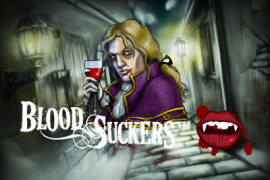 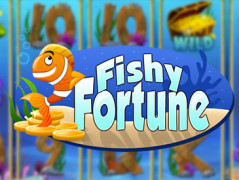