With a very obvious Las Vegas look and feel to it the Crazy Vegas slot is one which we think you are going to enjoy playing. This is one of many different Real Series slots available exclusively at Real Time Gaming powered casino sites which offer a progressive jackpot.

The bonus game is one of the most exciting ones to trigger for you will never know just how many free spins or the multiplier values attached to each of them you will get until they are revealed via the triggering scatter symbols! 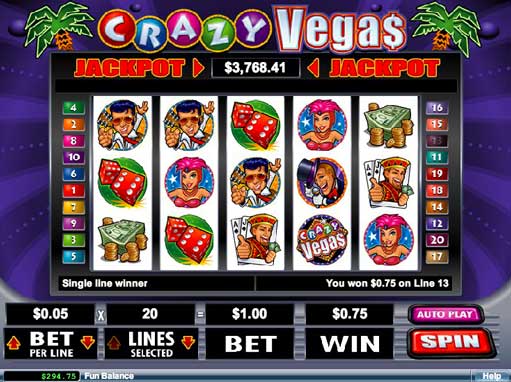 Where to Play Crazy Vegas (US Players Accepted)…

Bovada Casino
$3000 Bonus from the Best in the Business
Play

Slotocash Casino
$7777 Over Your First 5 Deposits. US Players Accepted
Play

In this final section of our review of the Crazy Vegas slot game we are going to be taking a look at how the slot has been designed and what you stand to win when you play it!

Stake Levels – You can play the Crazy Vegas for free or via a real money playing environment, and you must do the latter if you want to win for real of course! This slot is affordable to play for you are going to be able to play around the with pay lines and staking options as it has on offer 20 optional pay lines and the coin value vary from $0.01 to $5.00!

Jackpots – This game is something of a medium variance type of slot and as such the jackpot value does reflect that variance. As such when playing off a single base game spin you could win either a spun in jackpot paying winning combination worth 4,000 coins or if you are very lucky you could win a progressive jackpot which is going to be randomly awarded no matter at what stake level you are playing this slot game for!

Bonus Features – The three scatter symbols which are only found on reels two, three and four are going to have to spin in all at the same time on the same base game spins for you to trigger the main bonus game on the Crazy Vegas slot game.

As soon as those three scatter symbols all make an appearance then the first two scatter symbols will reveal a number, those two numbers are going to be added together and the result will be the number of free spins you will then get to play off.

The third scatter symbol will also reveal a number however that number will be the value of the multiplier in play for the duration of your free spins bonus game.

A second bonus game will also be awarded to you if at any time from a single spin you get the bonus symbols spinning in onto the first and last reels. When you do you then get to play off the Big Bonus game on which some very substantial amounts of cash can be won!

Tip for Playing – Due to the progressive jackpots being awarded at random no matter at what stake level you play the Crazy Vegas slot game for, then try and set the stakes very low to allow you to get more spins per session! 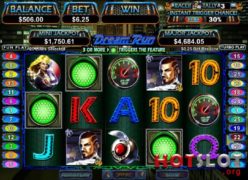 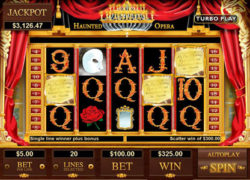 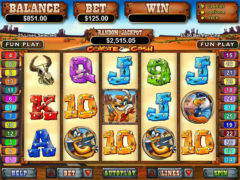 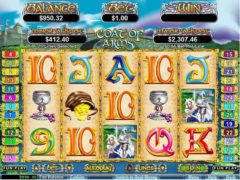 Coat of Arms Slot
Play
[B