Fairytale Fortune Slot to be Released by Pragmatic Play

Pragmatic Play’s latest release will give you the opportunity to immerse yourself in a spectacular fantasy world that you’ve only seen before in movies, Disney cartoons and heard about in fairytales. The slot is called Fairytale Fortune and it has everything from princesses and towering castles to magical creatures such as unicorns and dragons.

We all know Pragmatic Play as a creative, prolific and multi-award-winning software supplier. The company produces 2 new games per month on average and so far it boasts over 80 notable slot titles that were made with HTML5 technology. You can find fabulous selection of Pragmatic Play games at popular venues such as William Hill, Betsson, LeoVegas and GVC. A new title will be joining those games shortly, a folklore-inspired video slot with 3 rows and 5 columns called Fairytale Fortune, right after well-received Aztec Gems slot. The slot sports 15 win lines and an RTP of 96.52%. 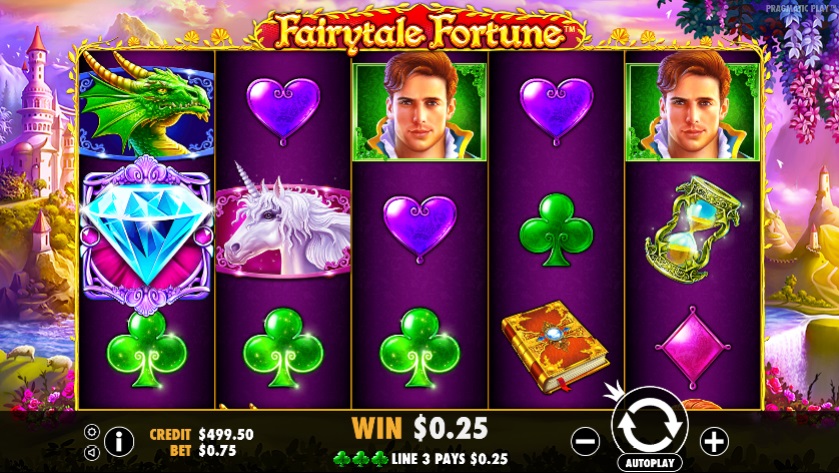 Fairytale Fortune is expected to stand out with its brilliant design, colourfulness and lovely symbols including a prince/princess pair, some mythical beasts and creatures and stacked Wilds across all reels. Its major selling points will be four special features: Wheel of Fortune, Raining Wilds, Super Wilds and Progressive Free Spins. As an innovation, Fairytale Fortune will give players a chance to double, triple, quadruple and even quintuple their winnings after each bonus game. As always, the Gamble feature may boost your wins considerably or leave you without your earnings. Will there ever be enough suspense in slots?

Chief Commercial Officer at Pragmatic Play, Melissa Summerfield, stated that Fairytale Fortune represents a blend of ‘high fantasy with high-concept gameplay’. She also pointed out that vivid graphics and favourable bonus content may be considered some of the game’s greatest advantages. Progress Play’s growing number of partners will undoubtedly be satisfied with the new high-quality, super entertaining fantasy game delivered by the Maltese slot developer.