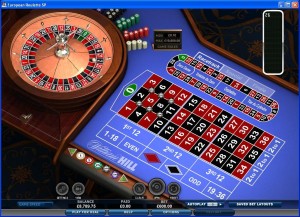 Whenever you plan to play the game of roulette in a gaming room or through an online-based casino, you will face a number of distinct options. You can choose to play for low or high stakes, you can place only a single bet or you can sit and play for several hours, you can choose to play on your own or chat with other players in a live casino room.

But especially when you play roulette online, there is another important decision you have to make – if you want to play American Roulette, European Roulette or French Roulette. In most offline casinos, the decision is already made ​​for you, because most units focus solely on a single type of roulette. But the beauty of online gaming is that this choice is entirely yours. When you decide to play a roulette version and spin the virtual wheel or let the live dealer spin the real one for you, all options must be considered. That’s why we collected all the relevant differences of roulette games for you, so that you can take an informed decision.

A Brief History of the Types of Roulette

We will not bore you with details about the game of roulette has become one of the most popular games in history, but it is interesting to know exactly where they invented European and American Roulette. Well, you might think the name says it all. European Roulette is clearly the oldest version of the game that has been played throughout Europe in the early 18th century. Or is it? In fact, the double zero was played in Europe several decades before the 1843 game with a single zero, which is today known as European-style roulette, was introduced by François and Louis Blanc in a casino in Bad Homburg, Germany. It was first known as French Roulette since the whole betting table was in French, but the latter European roulette is now in English.

Probability – How to Play the Odds

Playing the probabilities correctly correctly is a must; so let’s talk a little about mathematics. Everyone knows from the start that most casino games are weighted slightly in favor of the house. But how, exactly? Many players, even avid players of online casinos today do not know the full explanation. If you were a little scared and thought the math behind a simple game of chance is complicated, then you should know that there’s a way to work with the probabilities simply and effectively.
Let’s start with simple basic elements: A roulette wheel is usually comprised of 36 numbers which you can choose to bet on. Payments in the game reflect exactly that – if you choose to bet on a single number, the odds are 1:36, and you will be paid as such (36:1).

But even though there are actually 36 spaces on the normal roulette wheel, the European version has 37 (one extra 0 number). If the ball falls on 0 and you did not bet on it, you lose. The presence of this extra space makes the probability gives the house a slightly higher edge with every spin, since the equity in 36 of 37 areas is only 97.3%. That means that every time you bet a dollar, theoretically you will get back only 97.3 cents.
And American Roulette is even more tilted in favor of the house in casinos online. There is not only one zero that you encounter – there are two zeros (but then again, you can bet either on 0 or 00 and if your guess is correct, you win). But recomputing means that the casino has an even bigger edge, giving you a flat winning rate of 94.7% if you choose to bet on all numbers except 0.

Different probabilities, as detailed above, represent the main difference between European Roulette and American Roulette. However, there are also few other minor factors to be taken into account.

For example, numbers between 1 and 36 are arranged slightly different on both wheels. This does not adversely affect the probability of betting on roulette, but makes the game a little more challenging. Especially if you’re one of those players who try to “scan the sectors” (i.e. you pay attention to a certain part of wheel that you think wins more often). In this case, you should be aware that the configuration is different.

Another difference relies in the fact that live casinos feature an interesting auto-bet option. Players can offer their bets to the “croupier” or betting worker, who will place the bets on their behalf. Also, European roulette allows for an optional rule known as “en Prison”. Basically, it means you can spin the wheel again in case you placed a bet on red or black, for example, and their ball landed on zero. Then, there are also the “call bets”. Such bets cover specific sectors of the roulette wheel, such as the 17 numbers around zero. European roulette features a number of such bets available, all being marked on the table.

Where can you Play European Roulette Online?

Playing European roulette online is easy, but you should know that there’ are a number of casinos offering this playing mode. For players based in Europe, Canada, and Australia, the most reputable of these casinos are Royal Vegas. All these have been online for over 10 years, time in which they accumulated millions of loyal players. These 3 casinos offer the best odds in their category, with players receiving a small bonus when they make their first deposit but also several other bonuses for loyalty and big bets.

U.S.-based players should take into account casinos such as Grand Parker and Bovada. These offer American and European Roulette altogether, along with a live play option where real dealers spin the wheel for you. Additionally, these casinos offer sports betting, arcade games and poker under the same account.