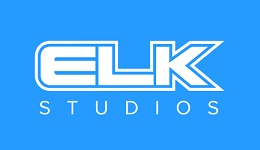 We’re coming up to that time of year again when Christmas cheer is bubbling under the surface, when even the most grumpiest of people start to get excited for old Saint Nick visiting. One of the ways that Elk Studios has decided to celebrate is by releasing their slot machine, called Ho Ho Tower.

The Swedish based company isn’t known for its high volume of games, but what it lacks in quantity it makes up with in quality. What is more, they tend to opt in for more niche themes than other providers, so as to set themselves apart from the rest, a factor we can see when playing the 5 reels of this latest slot.

Visually speaking, there’s both contemporary and traditional elements at work inside the matrix of Ho Ho Tower. The format of 3×5 keeps it classic and easy to adapt to, but the 99 winlines and specialised paytable make for an exciting deviation into the modern. If you think this pokie sounds familiar, it might have something to do with the fact that Elk Studios released Hong Kong Tower back in April 2017. Despite the similarities, these are two separate games, although the oriental themes they both share are undeniable.

Inside the appealing aesthetics, customers will find a varied selection of game features, such as the Mystery Feature. This is a small bonus, but one that can reward you handsomely; whenever the Ho Ho Tower symbol appears, it’ll change into a randomly selected icon, which could potentially lead to making a winning combination. Sometimes you’ll get lucky and land a bonus symbol, meaning you’ll visit The Wheels of the Sky Bonus Feature. This isn’t the only way to launch this offering, as you can also line up three of the red bonus tiles to gain access as well.

This mini game is the main special of Ho Ho Tower, in which there’s three wheels atop the tower we’re playing on. A spin of the first wheel will gift you money, though you could also activate the next level option, which will then take you to the second wheel; the aim is to reach the third. If you manage that, players could finish the round with x500 what they wagered, however if you run out of lives, you’ll be returned to the base game.

Ho Ho Tower gives Elk Studios its 15th slot machine ever released, further adding to the immersive and colourful graphics that have made the 2012 founded brand so memorable. It’s in good company, alongside popular titles such as Sam on the Beach and Hidden, as well as teaming up with other newly released activity, Route 777.

There’s still room for more games to be added before the year is out, but if that doesn’t happen, at least gamers can sample the delights of Christmas all year round. Play Ho Ho Tower via the Elk Studios’ website, or from one of the many online casinos out there that showcase the brand’s software. Players can even access the titles via their mobile devices, to make gaming even more convenient; Christmas in the palm of your hands.