Interestingly enough, not all video slots launched in November and December are emitting the Christmas spirit and spreading joy. Some software developers have decided to provide their players with a bit of diversity, and while they’re not fully abandoning the holiday tradition, they are also presenting us with an option outside the conventional frame.

Contrary to what one would expect, the most expected slots for the end of this year are anything but seasonal, which is pretty refreshing. Also, no players will be left disappointed since the festive slots are also being launched all over the place and there’s a little something for everybody. 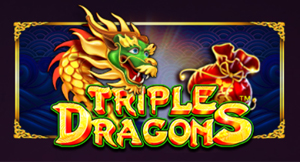 It would be difficult to even imagine any season without an oriental-themed slot and although Pragmatic Play is fully prepared for the festivities, other titles will be put up on the display as well. Triple Dragons 3×3 video slot with 10 paylines is announced for the 15th of November when the players will get to spin the reels for $10,000 every time a combination of three Golden Dragon Wilds is formed on the reels.

At least one vertical Golden Dragon stack will unlock the Respin feature which will continue until the payout is triggered. While the feature is in progress, all Dragon icons will be turned into the Wilds, replacing other symbols and increasing the winning odds. The original stack that initiated the feature will remain locked on the landing reels while other reels continue to spin. A new Golden Dragon stack can be formed during the Respin feature, locking an extra reel up until the players hit a win. 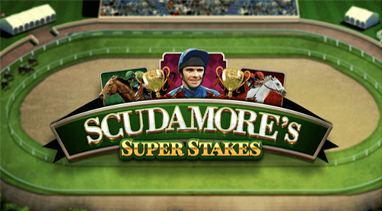 At this point, not much is known about the upcoming game, although it can be assumed that the return to the player percentage will probably be around 96%, judging by the average rate of NetEnt’s RTP. The bonus features will be narrated by Peter Scudamore himself and his own images, along with the racing scenes and trophies he had won during his career, will grace the slot reels.

This is the first sports-themed title slot by NetEnt and the release is timed around the beginning of the Cheltenham Festival and the Grand National. With the unconventional choice of theme, NetEnt has really opened the door to the completely new demographics and paid homage to one of the most respected racing professionals.

Reel Talent by Microgaming is inspired by literally every talent show that you have ever seen, with the Lion, Crocodile, Wolf, and Rabbit as the main contestants fighting for the title of the next teen idol who has that elusive and undefinable “X-factor”. The game is played on 5 reels with 20 paylines, producing 96.03% RTP and offering medium variance gameplay.

Apart from the theme, the Symbol Storage feature is what truly makes this game unique, stocking the winning icons inside the meter that’s placed to the left. Once the storage is completely full, a Superspin will be triggered, during which only the collected icons will be featured. Depending on the symbols collected, Superspin can have three different stages: Showtime, Big Stage, or Solo Performance. In the last stage, the win is guaranteed.

If, after a win, there are still empty positions in the meter, a Re-spin will be awarded. This feature will last until all of the spots in the meter are taken or for as long as the new winning combinations are being formed.

Lucky Lady by iSoftBet is also taking a turn towards the retro slot machine design, which seems to be making a comeback these days. Even though we are looking at a brand new release, the design and the structure are very basic and the game can be easily mistaken for one of the early video slots which replicated the land-based fruit machines. Sevens, Bells, Cherries, and Bars are the featuring symbols, with the Lucky Lady icon as the Stacked Wild that carries the highest payout value and multiplies all payouts by 2.

The gameplay is pretty simple, which is almost always the case with this type of slots. Lucky Lady is played on 3 reels, 3 rows, and 5 paylines, with $0.01 – $25 betting range and medium to high volatility. Diamond Jackpot is the only symbol that cannot be substituted with the Lucky Lady Wild. If you are fortunate enough to land three of the Jackpot icons on any payline, you will trigger the progressive jackpot, which starts at a higher amount if the bets are pressed.