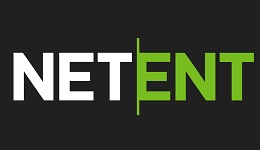 NetEnt’s progressive pool slot games have some of the best jackpots in the industry. These progressive jackpots break records and make an event out of slot gameplay; they fulfil dreams and fantasies of daring players who are in constant pursuit of that big win. During this month alone, there were records of two more massive jackpot wins which have delivered over €5.5m to two lucky spinners.

One of them is a customer at Unibet Casino; the anonymous user tried his luck on Mega Fortune Dreams, NetEnt’s 5-reel, 3-row, 20-line video slot and placed a bet of €1. Once the reels stopped spinning, the Unibet customer scooped €4.25m! The Mega Fortune Dreams jackpot dropped on Sunday 12th and the player joined in from Belgium.

Only several days later there was a huge win at EuroCasino, but in this case it didn’t happen on Mega Fortune Dreams. Instead, Arabian Nights was the slot that paid out more than €1.4m to a winning player. The player placed a €1 bet on the 5-reel, 10-line video slot on Tuesday 17th of June and scored the jackpot. Luck served him well!

The two latest wins on NetEnt progressives were added to this year’s total of NetEnt payouts. The number is at seven million-euro mark so far. The other half of the year lies ahead and the question arises: will NetEnt progressives be at least just as generous as they were in the past months?

Henrik Fagerlund, NetEnt Chief Product Officer, commented by saying how proud the entire team is for being able to give the customers an opportunity to change their lives in one spin of the slot reels. He expressed confidence that there will be more chances for big wins over the summer as NetEnt will continue to offer attractive bonuses and massive jackpots to slot lovers around the world through an extended casino network.