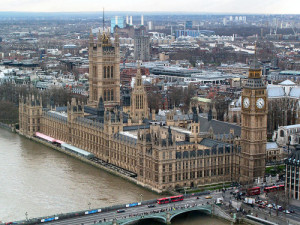 Every year in March the UK’s Chancellor of the Exchequer announces in the House of Commons the changes that he is planning to make in regards to taxes, benefits and a whole slew of other financial duties and fees which he hopes will balance the books of the country.

In recent years this Budget statement has been quite neutral in regards to gambling related taxes, in fact Britain got rid of betting tax completely many years ago which at the time was quite a bold step.

However, with the UK’s economy still on life support but showing signs of growth and stability the Chancellor of the Exchequer announced this week some major tax changes which are going to affect both online and land based gaming companies operating from within the UK.

One announcement that had Betting Shop operators licking their wounds was an increase in the tax payable from income derived from Fixed Odds Betting Terminals. This will see the tax on all profits made from these gaming terminals increase from 20 percent to 25 percent.

It has been a well documented fact that these betting terminals have been the life blood of the betting shop industry for many years now and as such the share price of many companies operating betting shops has dropped dramatically since the 2014 Budget was announced.

Gambling problem related charities have long been calling for a much tighter regulation of these Fixed Odds Betting Terminals which they have claimed are causing punters to over spend when playing them due to the huge stakes that can be gambled on the machines every few seconds.

Rather than lowering the maximum permitted stakes on the machines, which has been suggested, it would appear the UK Government has chosen to tax them more rather than put into place tougher stake related regulations.

Whilst the betting industry are up in arms and stating there will be dozens of betting shops closures with lots of job losses due to the increasing of the tax rates charged on Fixed Odds Betting Terminals, as is usually the case they will probably take the tax hike on the chin and continue with their massive expansion seen in recent years and will continue to open up more and more betting shops who main income is derived not from betting slips handed over the counter but the income from these gaming terminals!

The land based Bingo industry in the UK has been affected quite badly due to stiff competition from online bingo sites, and over the years the number of bingo clubs and bingo halls who have been closing their doors has been quite noticeable.

The Bingo industry was also hit with something of a double whammy when the UK introduced the smoking in public places ban a few years back, however the Chancellor of the Exchequer made a surprise announcement that finally brought a smile to all UK bingo club operators and this was the tax on their income would be halved from 20% to 10%.

The popularity of online bingo sites is continuing to grow, however with many of the operators of these types of gaming sites being located outside of the UK there is no way that the UK Government can currently impose similar taxes on those sites, so with all things being considered the fairest way for them to give bingo club operators a break was to reduce the tax charged on their profits, which whilst completely unexpected should at the very least stem the flow of bingo clubs being forced to close, for some time at least!

It has been an open secret for quite a while that the UK Government has been eager to somehow put in place a system whereby they will be able to charge some form of tax on online gambling related companies whose betting sites are catering for UK online gamblers.

In an attempt to get some form of structure in place to allow them to do this another statement during the 2014 Budget by the chancellor of the Exchequer stated that he will be consulting with various people involved with offshore betting companies in the hope that he can impose the Horse Race Betting Levy on those companies.

The Horse Race Betting Levy is charged to land based betting shop operators and is fed back into horse racing, however as with anything based outside of any countries boundaries it will remain to be seen if such a way of imposing a levy on any online betting site operator is going to bear any fruits!

Gamblers in the UK, whether they place wagers in a land based venue or online and not charged any form of direct tax, which may come as a surprise to people living in other countries of the world who do have to pay such a tax on their winnings.

The way in which the UK Government raises taxes from land based gaming venues is through taxing profits on income along with charging a license fee on some gaming machines such as Fruit Machines and the new breed of high stakes Slot Machines.

There was a time when all UK betting shop punters had to pay a tax when placing any type of bet over the counter of a betting shop and they were given to option of either placing the tax on their stakes or having the same amount of tax removed from any winnings they won from a bet.

However this betting tax was scrapped when it become apparent that a lot of one time land based UK betting companies started moving their operations offshore. Victor Chandler was on such betting shop operator who is often referred to as a pioneer of the online gaming industry, for he was the first person to move his telephone betting operation offshore thus saving all of his customers a small fortune on betting tax when the tax was still in place.