Cats and Cash is a Play’n GO classic; the slot went live in 2012 and showed an interesting mix of catlike characters, game show setting and excellent video slot features. Not the theme you would first think of, but it worked like a charm; the customers loved it from the start and Cats and Cash became the flagship of many Play’n GO-powered casino libraries across the web. Now, Cats and Cash slot is getting a makeover which will allow the game to be compatible with the new generation of devices and browsers. 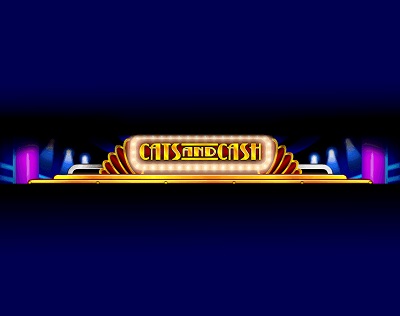 The game features a game show theme; it operates with 5 reels of symbols and 15 paying lines. There is a bit of the 1930s feel to it, and the symbols on the reels are either money-related or cats. The Scatter is a fishbowl and the Wild is the host of the game show, referred to as the Master of ceremonies. Cats and Cash enters bonus mode with the help of two bonus symbols, the Wheel of Fortune and the Gift Box. The game’s structure will remain the same with the new 2018 update, but translating it into HTML5 will introduce sharper graphics and richer sound. Originally developed in Flash technology, the new HTML5 Cats and Cash will feel rejuvenated and up to date.

Play’n Go’s CEO Johan Törnqvist, commented on Cats and Cash going HTML5 as well as the company being crowned Slot Provider of the Year at the EGR B2B Awards. He admitted that Slot Provider of the Year award is a major recognition for the company and expressed his belief that innovations and new titles aren’t the only thing that can drive a company forward – it is also the preservation of past games which have become players’ favourites.