It is almost the end of the month and we are bringing you a list of some of the best online slots that will be released in February 2018. In the month when the Chinese New Year celebration takes place, we could not make a selection without a title inspired by the Year of the Dog, but we promise that the fun does not end here. 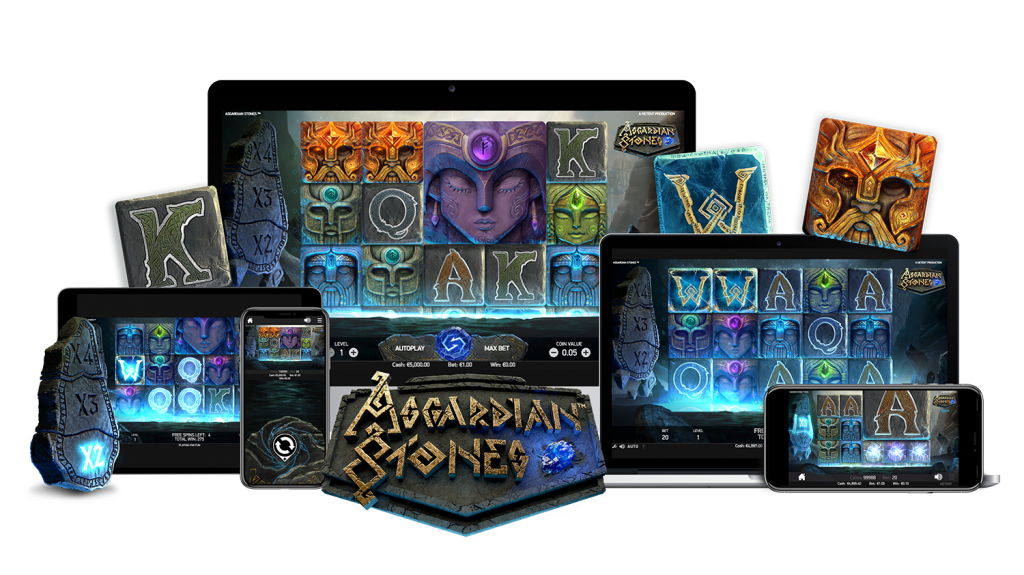 Take a trip to Asgard, one of the Nine Worlds in Norse mythology, with the brand new slot release from the NetEnt’s creative kitchen. The 5-reel 20-payline slot boasting impressive visuals and cinematic sounds will provide you with an epic gaming experience with Nordic gods awarding high-value payouts. To play the game that went live on February 22 players have to wager between $0.20 and $200 per spin.

Asgardian Stones comes equipped with multiple bonus features and instead of spinning, the symbols fall on the grid. This happens due to the Avalanche feature NetEnt introduced with the Gonzo’s Quest slot. Whenever you create a winning line, the contributing symbols will disappear to let new ones fall into their place. During the game, you will benefit from Colossal Symbols that can occupy 2×2 and 3×3 positions and the Colossal Crush feature triggered by massive symbols and destroying all the symbols on the row beneath it. The Bonus Wheel awards coin prizes going up to 36x your bet and up to 15 free spins with Wilds appearing as Colossal Symbols as well. 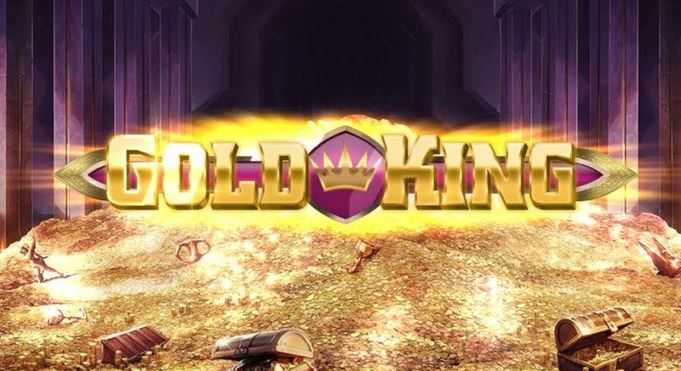 A new online slot is coming from the Play’n GO creative kitchen on February 26. It is Gold King, a slot machine based on a Greek myth of King Midas who turned everything he touched into gold. The story of King Midas and his golden touch is not a novelty in the gaming industry and the Play’n GO’s take on the theme offers a few innovations which will keep you spinning the reels on your nearest mobile or desktop device. The slot uses a standard 5×3 reel set and 20 fixed paylines and it is playable from $0.20 up to $100 per spin.

The reels are set against a pile of golden coins and riches and populated with golden items including crowns, roses, bars and jewels while the rest of positions are filled with generic playing card symbols designed to match the theme of the game. The symbols can appear in Super Stacks on every turn throughout the game to yield bigger payouts. The Golden Spin feature can be triggered during the base game when the Gold King gives a golden touch to the reels 1, 3 and 5, and when this happens, these reels get covered by the same super stacked symbols. Three Gold King symbols trigger Super Spins during which the low-value symbols show up in stacks 6, 7 or 8 symbols while the high-value icons expand to cover the reel they land on entirely. The maximum possible payout is 5,000x your bet. 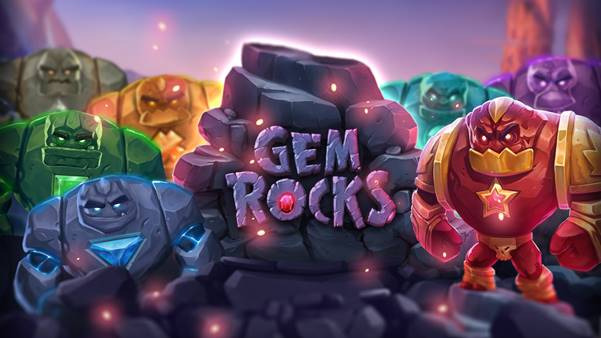 Yggdrasil Gaming is launching their second title in 2018 on February 22. The story behind the Gem Rocks slot revolves around mountain gem heart giants who are ready to share some of their treasures with lucky players. The slot features cascading reels with winning symbols disappearing from a 6×4 reel set and leaving space for other symbols to fall in. It pays left to right in 4,096 different ways. To play Gem Rocks you have to wager between $0.10 and $50 per spin1.

The biggest attraction of the Yggdrasil 2018 release is the Gem Rock feature triggered by 2, 5 and 9 consecutive wins. Link 2 consecutive wins and you will get a 2×2 Gem Rock, after 5 consecutive wins you are awarded a 3×3 Gem Rock while 9 consecutive wins grant a massive 4×4 Gem Rock. When these massive symbols land on the reels, they can help you create more lucrative winning combinations or even to rake the top prize standing at 9,000x your bet.

To celebrate the beginning of the Year of the Dog in the Chinese horoscope, Pragmatic Play is releasing the Lucky New Year slot. Played at a 5×3 reel set and 25 fixed paying lines, the game comes in vibrant colours with traditional Chinese drums, dragon masks and firecrackers populating the reels along with playing card icons rendered to look like Chinese letters. The dog assumes the role of Wild which appears in stacks to complete your winning combos and barks when you win. A betting range spreads from $0.25 up to $125 per spin.

Land 3 Golden Coin Scatters and you will enjoy fireworks and double happiness with giant symbols occupying the three central reels thus boosting your chances of hitting massive wins. Another special symbol is the lantern which appears throughout the game and triggers re-spins whenever 6 or more symbols land on the reels. When 3 respins are activated, only lantern symbols remain on the reels and respins continue as long as new symbols of a kind appear on the reels. If you manage to cover the grid entirely with lanterns, you will win the Grand jackpot worth $12,500. 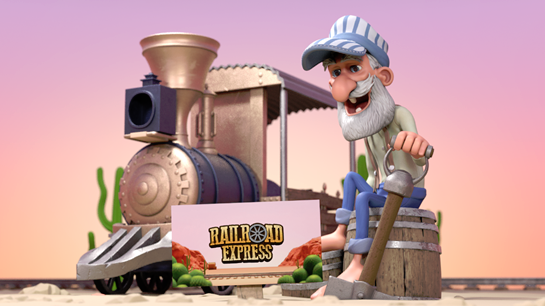 Railroad Express is a Magnet Gaming’s take on a classic slot genre. The gold fever-themed game boasting 3D graphics features a 3×3 layout with 3 matching symbols that land on any line paying prizes. You will be taken to the year 1901 when the gold fever is raging more than ever and your assignment is to help lazy station master Moe Dollar to builds railways across the prairie in the pursuit for wealth at Golden Mountain. There are two progressive jackpots to work toward and the game offers even 4 exciting interactive bonus games: Gold Mountain, Railroad Builder, Coal Wagon and Game Chance.

The reels are populated with theme-related symbols such as golden coins awarding the biggest prize of up to 12,000 coins for a three of a kind combination, bags of money, barrels, revolvers, corn, coal and stashes of mail. Each of the bonus games is triggered by landing 3 respective symbols. Players have to wager from $0.10 up to $8 per spins to enjoy this innovative title that will provide them with loads of entertainment and multiple opportunities to win.