In case you haven’t gotten around to planning your summer vacation yet, how about some new slots as an alternative? Some of the best software providers have been busy lately and we’re happy to report that there are some sweet titles to try out this July. Starting with a wildlife-themed product from iSoftBet, across a one-of-a-kind musical masterpiece House of Doom slot by Play’n GO and ending the selection with Playtech’s multi-vertical content centred on the football World Cup, the choice of new slots in July is outstanding. Make sure not to miss it!

The King by iSoftBet 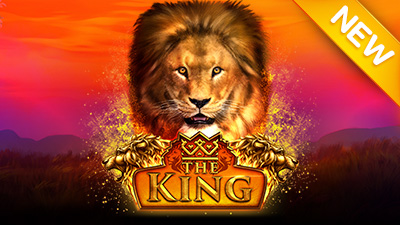 As soon as you load The King slot, you get transported into the breathtaking African savanna and your ears hear only the sounds of the wildlife. The backdrop is brilliantly designed and both the reels and the symbols are magnificent, at the least. In this game you won’t see any tribal symbols because the accent is solely on the animal life. The name itself references the lion as the king of the jungle and this animal will serve as the game’s Wild. The lion is joined by other marvellous representatives of the zoo kingdom such as the elephant, the rhino and the zebra, among others. The lion’s paw is the Scatter symbol and three of them will award the player with 8 free spins in the King Spins special feature. Free spins cannot be retriggered but up to 5 out of 6 reels can spin in sync during the freebies.

The King features another special symbol, the Cash Wheel Bonus symbol. The player needs to land 5 of them to initiate Cash Wheel re-spins. The feature can progress into the Super Cash Wheel, Mega Cash Wheel and Epic Cash Wheel with a top prize of 100, 000 coins. Regular gameplay is conducted with 25 paying lines, all fixed and ready to take you to Africa.

House of Doom by Play’n GO

The latest Play’n Go project is definitely for players with a sweet tooth for gore, heavy metal music and horror. It may not be as terror-inducing as some of the top horror movies out there, but it’s atmospheric enough to send shivers up anyone’s spine. The House of Doom slot has 5 reels and 10 fixed paying lines, which is a rather basic setup. However, the game boasts some hard and heavy tunes and brilliant graphics. The soundtrack was composed and performed by the award-winning Swedish Metal Band Candlemass. The band members worked closely with the slot producers and the result of their cooperation is a great-looking, great-sounding video slot playable on mobile devices as well as desktop computers.

House of Doom’s stand-out features are Expanding Wilds, Skulls of the Abyss pick-me mini-game with multipliers, Hell Gate and Doom Spins. There are very few existing games on the market that can match House of Doom in its hardcore attitude and gothic imagery. Who would have thought that hand-banging riffs can payout some sweet money?

A lot of iGaming companies have been getting into the World Cup spirit by developing slots and setting up promotions inspired by the huge football tournament currently underway in Russia. Playtech has really gone above and beyond to capture the flair of competing through three separate products: a Top Trumps Football Stars slot, dedicated Roulette and Unlimited Blackjack tables combined with game show-style Live Casino segment unveiling before the matches and a Poker Predictor tool.

The Top Trumps Football Stars video slot is an addition to the Playtech’s existing Sporting Legends series of games which already includes such successful titles like Frankie Dettori: Sporting Legends and Ronnie O’Sullivan: Sporting Legends. The classic game of cards inspired it, and its trademark feature carries a possibility of choosing which of 30 footballers get to be involved in the gameplay. The player also gets to pick put football squads and make them face one another (given options include Argentinian sportsmen, Germany, Brazil, England and Spain, among others). Since it is a Sporting Legends slot, Top Trumps Football Stars gives the players a chance to win the Daily, Weekly and Mega Jackpot, a progressive reward that gets scored once in a lifetime. Top Trumps Football Stars seems to be just the right companion for every football fan out there, at least during such as significant sporting event such as the World Cup.