As we say goodbye to February, and hopefully its terrible weather, we say hello to the month of March, a part of the year all about Spring. To kick off this new month, we’re going to look at the best Habanero slot machines to play, seeing as how the brand has just launched several new pokies. Described as a more ‘focused’ label within the iGaming circuit, this developer has many products listed inside its ever expanding portfolio, with the four slots mentioned below being regarded as some of their best. Each of the titles we’ll discuss are HTML5 created, as well as being designed to be used by multiple currencies and international players. 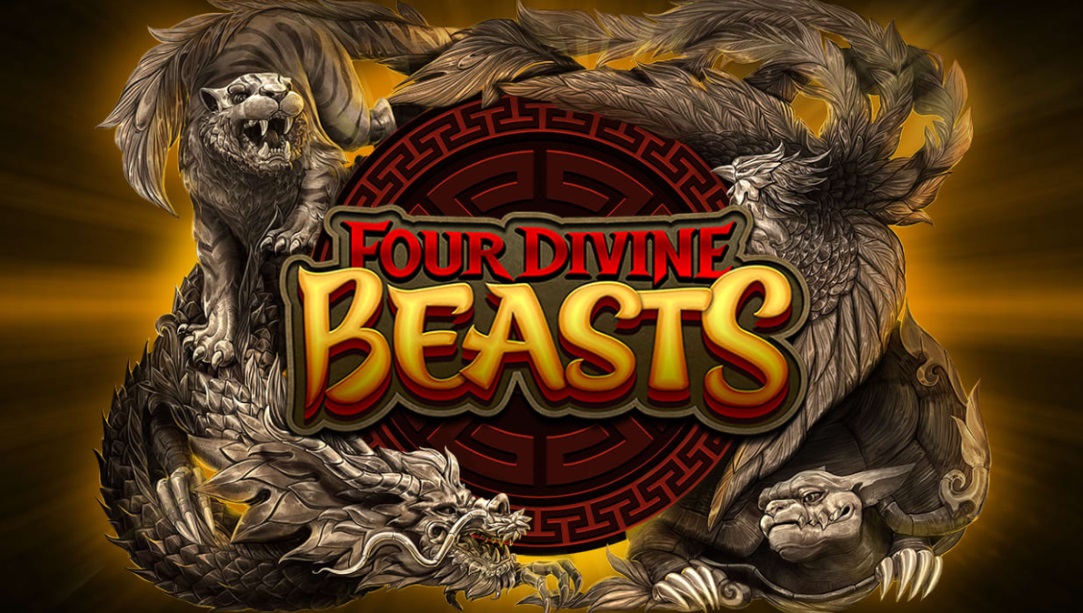 The orient is calling inside the 3×5 framework of Four Divine Beasts, a freshly designed slot machine that brings drama to the slots community. Sporting powerful imagery of legendary beasts, alongside a backdrop of tranquil waterfalls and leafy landscapes, this is a picturesque game that looks like it belongs within an animated film. As always though, it isn’t the aesthetics of the game that are the most important, but also what the paytable offers to those who venture forth.

To broaden the experience, standard winlines have been removed and replaced by a 243 ways to win system, thus allowing a greater chance for users to land the high value icons. Not only are there five of kind wins worth 500 credits, but there’s also a series of bonus games linked to the scatter symbol, which in turn ramps up the variance of the title.

The Yin and Yang symbol can only appear within the base game, with it fixed to reels two, three, four and five. When they appear in connection to another symbol, customers can be rewarded with Azure Dragon Free Games or Vermillion Bird Free Games. Both bonuses will gift players seven free spins, however it’s how the the wilds of the mini games work that’ll alter how the feature plays out. In addition to this, there’s also randomly activated respins to be triggered within the base activity, all for a wager of between 0.30 and 6,000 credits. 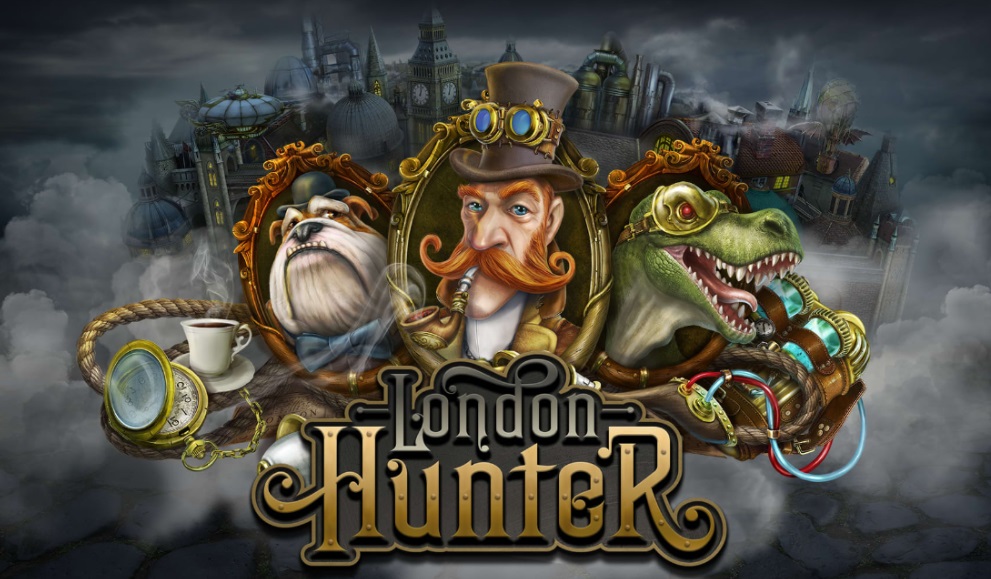 There’s no better place to set a steampunk themed one armed bandit than the streets of Victorian London, which is where this new slot begins. On the hunt for an advanced form of t-rex, the inventor you’re helping will need to tackle the 25 winlines of these 5 reels if he’s to secure the safety of the city. It’s a big job, and yet it can be quite cost effective, with customers able to wager as little as 0.25 credits per spin, though of course that can be increased to a larger 5,000 credits bet. No matter how you tackle the paytable of this grid, the results will be the same, with the highest payout being 400 credits from a five of a kind inventor combination.

Of course, this wouldn’t be a Habanero title without special features, which is why there’s the Wild Expansion, multipliers, and the free games feature. These extras are linked to the two tanks on either side of the matrix, which are to be used when certain features are activated, e.g. a multiplier will be applied to wins when the left tank is filled. The right tank is connected to the Wild Expansion, a feature that will place the t-rex on your matrix once triggered. As for the free spins, well they require a specific combo of inventor, invention and t-rex on set reels before 10 spins are awarded to you, with multipliers then applied through the duration of the activity. 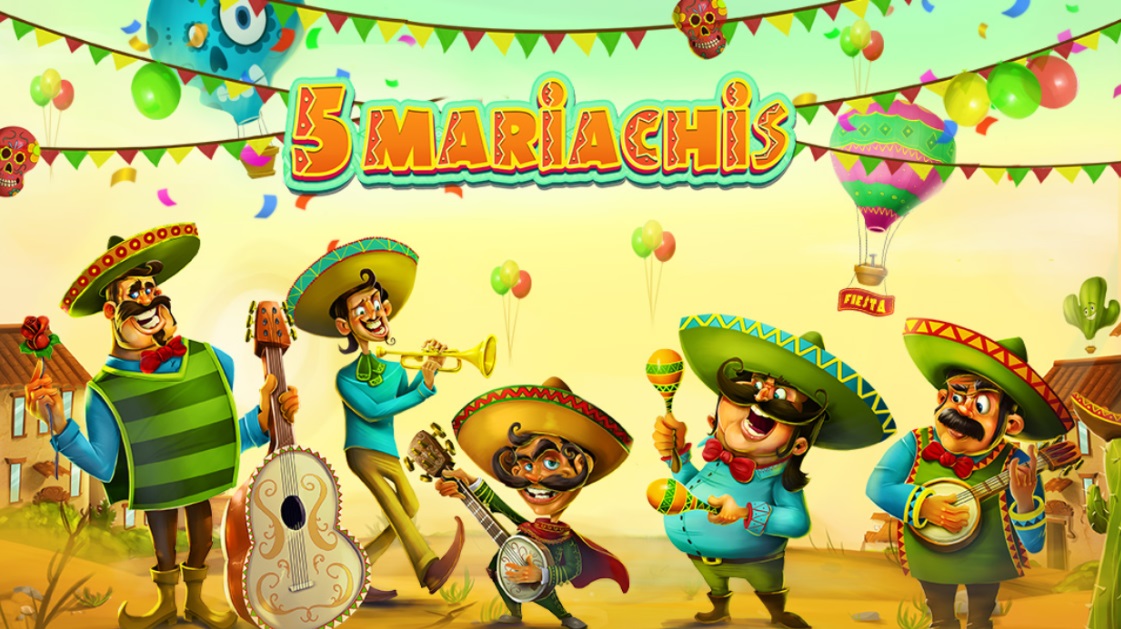 Arguably out of the slots we’ve discussed so far, 5 Mariachis is the most joyful of themes; sporting a Mexican inspired interface, the vibrant colours of the grid dance across the 25 paylines of the game. Minimal amounts of money can be spent in order to get the 5 reels rolling, as little as 0.25 credits to be exact, with the paytable remaining the same regardless of your wager.

Speaking of the paytable, this pokie has a medium variance selection of bonuses, coming primarily in the form of free games, pick me style bonuses and multipliers to boot – it’s all going on. A true celebration like no other. For most of you looking to play this one armed bandit, the pick me feature will garner most interest due to it being different to the normal free spins. To get this mini game started, three pinata symbols need to be upon the grid, on the second, third and fifth reels. Should this happen, you can sometimes score as much as x100 your wager. As for the free spins we mentioned a little earlier, 15 of those can be given to you, if you manage to get three of the scatters adjacent to one another. Moreover, this extra can be retriggered during the feature, to further enhance the atmosphere of 5 Mariachis. 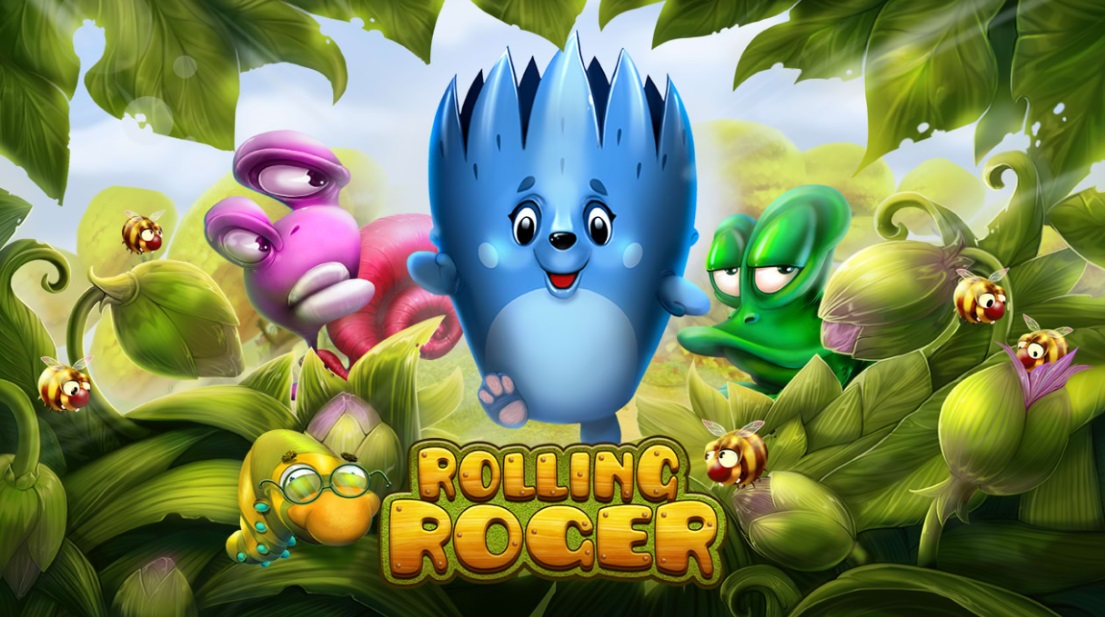 Last to make an appearance on this list is Rolling Roger, a woodland themed Habanero pokie that’s filled with childlike wonder and charm. It’s not as cinematic as some of the other titles we’ve looked at, but that doesn’t mean that it doesn’t offer us any variations on the brand’s normal gameplay approach. In fact, we found that this activity had more surprises than the others we’ve mentioned, due to the Rolling Payouts. You see, Roger doesn’t stay still when you play your 0.25 credits stake, he actually rolls after every spin you’ve spun, with him collecting acorns as he goes. The reason these acorns are so important is that the scatter symbol won’t appear upon the matrix until you’ve obtained over 60 of them.

Once you’ve surpassed that number, the free games feature will play for however many acorns you’ve collected, with the acorn total decreasing as your spins do. This mini game can’t be reactivated, but we doubt you’ll need it to considering how long it can play for. Should Roger roll over any of the card value icons during this time, they can become wild symbols for substituted wins. However, this will also cost players five acorns instead of the normal one. It should also be noted that after every winning spin, customers can choose to risk their winnings by gambling them on the double or nothing option.